India's new draft policy for the Arctic: A welcome step in the right direction

The race for the Arctic is heating up, as the world's superpowers contest the region 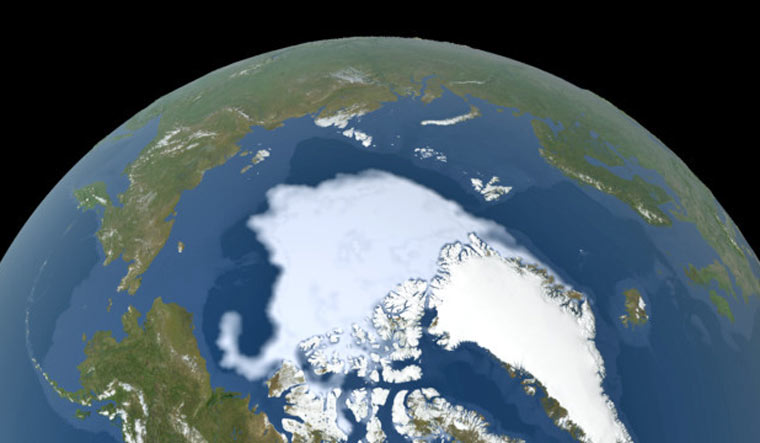 India has a new draft policy for the Arctic. A first-of-a-kind initiative, the policy has been put out for comments from the public, articulates India’s desire to push the frontiers of science forward.

But more than just about research, sustainability, and connectivity, the document is an assertion of India’s global ambitions.

A welcome step in the right direction, the draft policy says India’s engagement with the Arctic has been multi-dimensional. “Within the span of a little over a decade, it has grown from a modest station at Svalbard to encompass a wide range of activities.”

Given “the synergies between research pertaining to the Himalayas and the Arctic as well as the potential influence of changes in the Arctic to the Indian monsoon system, India’s stake in the Arctic is significant. India regards the Arctic as the common heritage of mankind.”

Rich in mineral resources, the Arctic has become a battleground between major powers. To quote US Secretary of State Mike Pompeo, “the region has become an arena for power and for competition.” In his address at the Arctic Council in 2019, Pompeo set the tone for the big fight by singling out Russia and China. “Do we want the Arctic Ocean to transform into the new South China Sea, fraught with militarization and competing territorial claims?’’ he asked.

Taking a step further, the US Navy on Tuesday announced a new strategy. The 25-paged document aims to counter the “aggressive policy’’ of both Russia and China. "Without sustained American naval presence and partnerships in the Arctic region, peace and prosperity will be increasingly challenged by Russia and China,’’ the document claims. The interests and values of these countries are “differ dramatically’’ from America.

India’s draft policy comes at a time when the race is heating up. In January 2018, China declared itself a “Near Arctic State’’ and put out a white paper. China—which has linked its interest in the area with the Maritime Silk route—according to Pompeo has invested nearly $90 billion in the Arctic between 2012-2017. In its policy, China states that the Arctic has “global implications and international impacts.” On the Arctic situation, the paper says it "goes beyond its original inter-Arctic States or regional nature, having a vital bearing on the interests of States outside the region and the interests of the international community as a whole, as well as on the survival, the development, and the shared future for mankind.”

However, China is not the only worry. Russia too has an interest. While Russia’s interest in the area is vital—and has been linked to its economic and geo-strategic interests.

An ecologically fragile area—one that is literally feeling the heat of global warming, this hyper-competition becomes a bigger concern. The Arctic is melting faster than expected earlier. But beyond the environmental impact, the Arctic has geopolitical dimensions. Researchers have found, over the past 40 years, temperatures have risen by one degree Celsius (1.8 degrees F) every decade, and even more so over the Barents Sea and around Norway’s Svalbard archipelago, where they have increased by 1.5 degrees C (2.7 degrees F) per decade throughout the period, according to the data on the World Economic Forum.

In its covering note, India states that “India would also like to contribute in ensuring that as the Arctic becomes more accessible, the harnessing of its resources is done sustainably and in consonance with best practices formulated by bodies such as the Arctic Council.”

India became an Observer in the Arctic Council for the first time in 2013; its membership was renewed for a second five-year term in 2018. India's engagement with the Arctic began in February 1920, when it signed the Svalbard Treaty in Paris. India launched its first scientific expedition to the Arctic in 2007.

“The objective of the expedition was to initiate a series of baseline measurements in biological sciences, ocean and atmospheric sciences and glaciology,’’ the draft stated.

India has a research station, ‘Himadri’, at Ny-Ålesund in Spitsbergen, Svalbard.

While India’s draft policy also focuses on climate change, especially as there is “potential threat to biodiversity and its impact remains in the Arctic, but it is intricately connected with the subtropics and even the tropics ecosystems’’, its geo-political implications can’t be ignored. And if there was any doubt as to which way the Arctic wind blows, India said any "human activity in this fragile region should be sustainable, responsible, and transparent with respect for international laws, including UNCLOS.”

The draft is open for public comments till January 26.