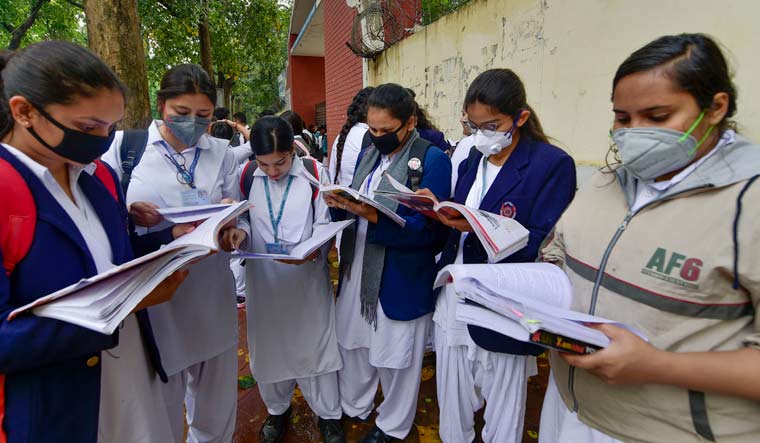 The dates for the Central Board of Secondary Education (CBSE) board exams in 2021 have been set from May 4 to June 10 with results expected on July 15, Union Education Minister Ramesh Pokhriyal Nishank announced on Thursday. The dates sheet has not been released and will be published later.

Usually, practical exams are conducted in January and written exams begin in February and conclude in March. However, the exams are being delayed this session in view of the COVID-19 pandemic.

"The board exams for classes 10 and 12 will be conducted from May 4 to June 10. Schools will be allowed to conduct practical exams from March 1. Date sheet for both the classes will be issued soon. The result will be declared by July 15," Pokhriyal announced.

"We are also working on a solution in this regard for CBSE schools in over 25 countries and will have an update soon," he said, adding that the dates have been fixed after considering the suggestions given by students, teachers and parents.

Several schools have already conducted pre-board exams online to keep the students prepared. However, the board exams will be held offline, given the experience in holding in-person exams during the pandemic.

“CBSE compartment exams were conducted earlier this year amid the pandemic and we will be able to manage board exams in 2021 in offline mode without hassle. There are no plans to delay the exams and it will be held in February-March as usual. We are hopeful that states will soon reopen schools and students will get time to prepare for the exams,” Sanyam Bhardwaj, Controller of Examinations, CBSE, told the Times of India.

In August, CISCE announced that the syllabus for the coming exams had been reduced by up to 25 per cent for classes X and XII.

"Schools across the country have been shut for the past three months due to the lockdown. While a number of CISCE-affiliated schools have tried to adapt to this changed scenario and have tried to keep alive the teaching learning process through online classes, there has been a significant shortening of the academic year and loss of the instructional hours," CICSE Chief Executive and Secretary Gerry Arathoon said.

Given the conditions posed by the COVID-19 pandemic, the exam dates this year have been delayed by three months. There are concerns that the delay will impact college admissions next year, particularly for those hoping to study abroad.

Schools across the country were closed in March to contain the spread of COVID-19. They were partially reopened in some states from October 15.

However, a few states have decided to keep them closed in view of a spike in the number of infections.

The board exams this year had to be postponed mid-way in March. They were later cancelled and the results announced on the basis of an alternative assessment scheme.

"Students, teachers and schools are facing an unprecedented and uncertain situation due to the COVID-19 epidemic but teachers have worked tirelessly to ensure that students do not face any difficulty in their studies," Pokhriyal said.

The Ministry of Education had also announced that JEE-Mains for admission to engineering colleges will be held four times a year starting 2021 to offer flexibility to students and a chance to improve their scores.

The first edition of the Joint Entrance Examination-Mains (JEE-Mains) will be held from February 23 to 26, followed by rounds in March, April and May.