Social justice has gone on back burner with SC not doing much, says the former judge 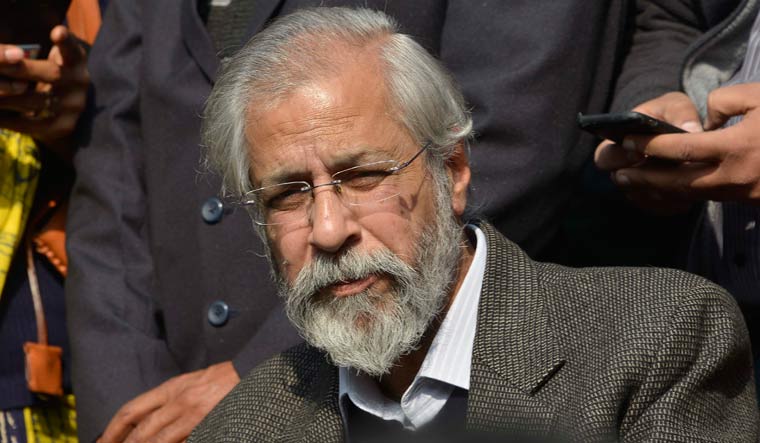 Former Supreme Court Judge Justice Madan B Lokur on Tuesday criticised the Uttar Pradesh's new anti-conversion law,  saying it cannot be sustained as it contained many defects from legal and Constitutional point of view.

He said there was no immediacy that called for passing the law -- Prohibition of Unlawful Conversion of Religion Ordinance when the state assembly was not in session.

If one looks at the ordinance from a purely legal and Constitutional point of view, there are so many defects in it. The judge doesn't have to get into politics. Just have to look at the Constitution and see if it is valid or not.

He was speaking at the launch of the book launch In Pursuit of Justice- An autobiography, on former Chief Justice of the Delhi High Court late Justice Rajinder Sachar.

The Uttar Pradesh Prohibition of Unlawful Conversion of Religion Ordinance, 2020, mainly envisages that no person shall convert, either directly or indirectly from one religion to another by use or practice of misrepresentation, force, undue influence, coercion, allurement or by any fraudulent means or by marriage nor shall any person abet, convince or conspire such conversion.

Recently the Allahabad High Court has sought the response of the Uttar Pradesh government on a petition challenging the constitutional validity of the Ordinance.

'Social justice on back burner with SC not doing much'

Justice (Retd) Lokur said the idea of social justice has gone on the back burner with the Supreme Court not doing as much as it should.

Unfortunately because of the (COVID-19) pandemic certain situation has arisen, and the Supreme Court should have been far more proactive than it ever was to look into the interests of large number of people, migrants for example, persons who have been thrown out of their jobs, variety of people from all walks of life," he said.

The Supreme Court could have definitely done much better than what it did this year. Over the last couple of years the idea of social justice has gone on the back burner. It's unfortunate but we have to live with it, Justice (Retd) Lokur said.

He further said that judges should be people oriented and the Constitution is above everything.

He said the Chief Justice of India was an individual as well as an institution and being the master of roster, if he gave precedence to some cases and not to others, then there is an institutional problem.

Master of roster is in charge and if he gives precedence to some cases and not to others, you have institutional problem, Justice (Retd) Lokur said.