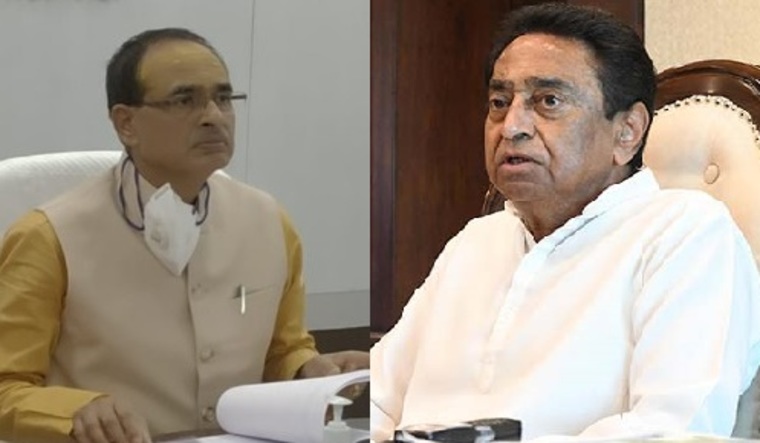 Strong war of words ensued between the ruling BJP and opposition Congress in Madhya Pradesh—one of the agriculturally prominent states of the country —as the ruling dispensation is attempting to aggressively push the benefits of the three new farm laws that have triggered massive protests in the country.

Even as Chief Minister Shivraj Singh Chouhan and BJP state president Vishnu Dutt Sharma used separate platforms in Bhopal to eulogise the benefits of the new farm laws and attacked the Congress and the Communist parties for misleading farmers over the years, state Agriculture Minister Kamal Patel courted controversy in Ujjain, calling farmers' organisations that have mushroomed suddenly as organisations of touts and anti-nationals that are supported and funded by foreign elements wanting to weaken India.

Meanwhile, former chief minister and MP Congress Committee chief Kamal Nath called Shivraj Singh Chouhan government in the state “anti-farmer” for failing to stand up against the three black laws that will ruin farming sector in the state.

As for Kamal Patel's statement, Congress spokesperson Narendra Saluja said using such demeaning words against farmers and their agitation shows the cheap mentality of BJP leaders and added that it is very shameful. He demanded immediate apology by BJP and also suggested psychological treatment for Patel.

The war of words came on the eve of the two-day awareness drive by the BJP that includes seven farmers' conventions on December 15 and 16 apart from several press conferences and chaupals (village level meetings). On December 15, the conventions will be held in Bhopal and Ujjain.

Speaking at a programme in Bhopal to virtually inaugurate irrigation projects in the state, CM Chouhan said he was a farmer himself and very confident that the farm laws were in benefit of the farmers. “Yet if anyone has any doubt, government is ready to resolve these doubts,” the CM said.

He added that the Congress that failed in its promise of farm loan waiver, that did not pay the premium for crop insurance and also failed to send in the list of farmers for grant of PM Samman Nidhi are now shedding crocodile tears for the farmers and misleading them.

He said the MP government was working towards doubling of farmers' income. MP procured record wheat from farmers during COVID-19 pandemic even beating Punjab and made immediate payments to the farmers, he added.

Pointing at tweets by Congress and its national spokesperson Randeep Singh Surjewala about declining trade at the agriculture produce markets (mandis) in MP, the CM said the Congress should stop spreading rumours and misleading farmers. He said the income in the mandis had gone down as the MP government decided to cut down the mandi cess to Rs 0.50 from Rs 1.50. He pointed out that 20.65 per cent more grains were procured in the mandis in the period of April to October 2020 compared to last year.

Meanwhile, addressing a press conference, BJP state president Sharma said the Congress leaders who know nothing about farms and farming are trying to mislead people. “Congress and communists should first answer why they kept farmers deprived of their basic rights during past 70 years. They are again up to same misleading tactics,” Sharma said, while highlighting what he called beneficial aspects of the new farm laws.

In his statement, Kamal Nath said it was shameful that CM Chouhan, who calls himself son of a farmer and their well-wisher, was engaged in holding sponsored awareness drive in support of the black laws against which farmers have been agitating since past 18 days in extreme cold weather of Delhi.

He said the three laws were dictatorially imposed on the nation without discussion with farmers, their organisations or the opposition. “These farm laws is a deception with farmers like demonitisation and GST. We had said in our bypolls manifesto that if our government was formed, we will bring in law to criminalise purchase below minimum support price (MSP). Shivraj government is constantly telling lies regarding the farm laws that MSP and mandis will not be affected although the laws mention now guarantee of MSP. What is the basis of telling such lies then?”