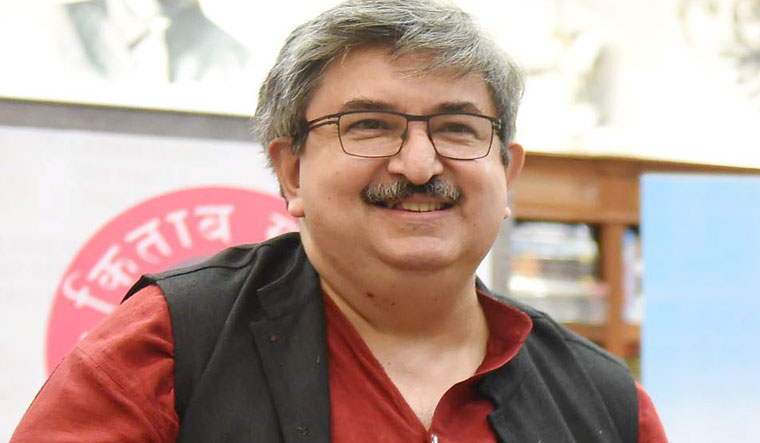 News emerged on Sunday that the Twitter handle of Salil Tripathi, a popular journalist and writer, had been suspended. According to reports, the handle of Salil Tripathi was suspended after he uploaded a video of him reciting a poem in which the demolition of the Babri Masjid in 1992 and the Gujarat riots of 2002 were mentioned. The tweet was reported as being offensive.

The news of the suspension of Salil Tripathi's handle evoked outrage among liberals. Congress MP and writer Shashi Tharoor tweeted on Monday, “I can’t believe this. How on earth could @Twitter suspend the account of a highly respected writer, author & human rights activist? Do their algorithms have no human being applying common sense before undertaking such actions? #SalilTripathi."

Author Salman Rushdie described the suspension of Salil Tripathi's handle as an "outrageous act of censorship against one of the most important advocates of free speech".

Filmmaker Vivek Agnihotri, who espouses rightwing views, also supported Salil Tripathi and voiced concern about Twitter's censorship. Agnihotri tweeted, "If @twitter goes on suspending and censoring handles like this, soon it will become like Aastha Channel full of only GM and motivational posts. I stand for FoE of @saliltripathi and everyone else irrespective of their ideology."

Tripathi had uploaded a recitation of his poem, My Mother's Fault, which first appeared in his book Offence: The Hindu Case, published in 2009.

Tripathi wrote about the incident on his Facebook page on Sunday.

He wrote, "I have no idea why the account was suspended. But I don't even want to say 'I did nothing wrong' because there's an implication that I may have done something wrong or that twitter is capable of deciding between the right and the wrong. I simply don't recognise that it has such an ability.

Most of my posts are only for my friends, but this is public; feel free to share. I have no reason to be defensive, no reason to appeal. But I have followed the procedure and asked that they revoke the suspension. They will take their time; life must go on. Compared to writers who face real threats, abusive messages, doxxing, jail terms, torture, and deaths, what I am experiencing is nothing. I am comfortable in my chair, with coffee by my side, on a crisp, cold morning, with blue skies. Many writers don't have that luxury..."