Farmer protests continue even as Amit Shah reaches out 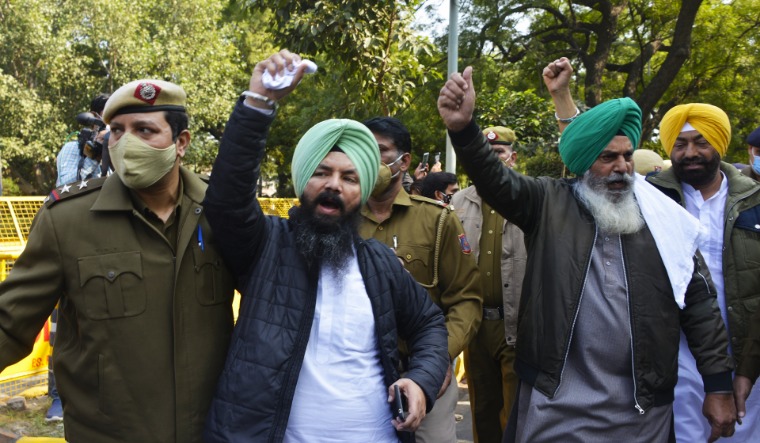 After Home Minister Amit Shah reached out to farmers who were protesting, NDTV reported that farmers are planning to discuss how to engage in talks with the centre. "We are ready for talks with the centre only if they invite us for the same," said Ruldu Singh, state president of Punjab Kisan Union which is among the 500 organisations that is part of the protest, reported the publication.

Shah said: "For the last few days, farmers from Punjab and Haryana and some other parts of the country have come to the border of Delhi. Farmers have gathered on the two major highways coming from Punjab near the border of Delhi since yesterday. Farmers are facing many problems due to heavy cold. Other people are also facing problems. Therefore, I have a humble appeal to our farmer brothers that the government has made proper arrangement for you in Burari in Delhi, where you can stage your demonstrations," he said in an appeal in Hindi which was posted in the official WhatsApp group of the home ministry.

Thousands of farmers continued to protest the Centre's new farm laws at the Singhu and Tikri borders on Saturday blocking national highways for the third day as they refused to move to the designated protest site in north Delhi, a day after they clashed with security personnel who stopped them from entering the city.

The protesting farmers from Punjab also got support from their Uttar Pradesh counterparts when some groups from Meerut, Muzaffarnagar and Ghaziabad gathered at the Ghazipur border and breached the first layer of barricades put up by the Delhi Police. They, however, later decided to move back a few metres and stay put there.

On Friday, hundreds of farmers entered the national capital to hold a peaceful protest at the Sant Nirankari Ground after facing teargas and water cannons and clashing with security personnel while thousands remained at border points, undecided whether to go to the demonstration site identified by police.

The day witnessed police using teargas shells, water cannons and multi-layer barriers to block the protesters and the farmers pelting stones and breaking barricades in some places in their determination to push through as part of their 'Delhi Chalo' march against the Centre's new farm laws.

The police were using drones to keep a tight vigil on the protest site where 600 farmers had gathered after entering Delhi. At the Singhu border, protestors held a meeting and decided to stay put on Saturday night. They said a crucial meeting will be held on Sunday to decide their next course of action.

"We held a meeting today and it was decided to stay put here. Tomorrow, there will be another meeting at 11am and till then, we are at the Singhu border," Baljeet Singh Mahal, Jalandhar's unit president of Bhartiya Kisan Union Kadia, said.

During the day, numbers swelled at the Singhu border point as farmers gathered there were joined by more counterparts from Punjab and Haryana and they refused to move towards the Sant Nirankari Ground, one of the biggest in the national capital.