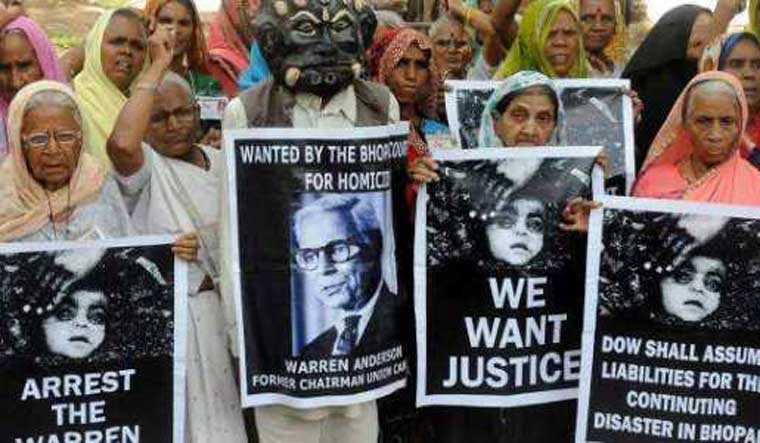 Saying that the COVID-19 death rate in the people exposed to the deadly methyl isocyanate gas during the 1984 Bhopal gas tragedy was 6.5 times higher than the non gas-exposed people in the Madhya Pradesh capital, the survivors’ organizations have demanded additional compensation for the affected people.

Four organizations working for the gas tragedy survivors have demanded that the Dow Chemical, the current owner of the Union Carbide – the accused company of the Bhopal gas tragedy - should pay the additional compensation. This is because the significantly higher rates of COVID-19 deaths among the gas-exposed population prove that they are suffering from long term health consequences of the tragedy and not ‘temporary injuries’ as made out while paying compensation to them, the organizations added.

The organizations have used official records and population data to calculate that 254 out of the 450 COVID-19 deaths reported in Bhopal up to October 18 were those of people exposed to the deadly gas during the 1984 tragedy. They have said all these 254 deceased persons either held health smart cards meant for the gas tragedy affected people or the compensation letters related to the tragedy.

The organizations have considered the population of Bhopal as 28 lakh and number of officially affected tragedy survivors at present at over 4.63 lakh (discounting for about 20,000 deaths and 15 per cent migration out of the district in past 36 years).

“Calculations and records show that 254 out of these 4.63 lakh died (54.85 deaths per lakh), while only 196 of the non-gas exposed people in the rest of 23.37 lakh succumbed to COVID-19 (8.39 per lakh population). This makes the death among the gas-exposed population almost 6.5 times higher,” Rachna Dhingra of Bhopal Group of Information said while giving details.

If people would not have been affected by the deadly gas in 1984, at least 184 lesser COVID-19 deaths would have been reported in Bhopal,” she added.

“The Pandemic has exposed the official lie that 93 per cent of those exposed to Union Carbide’s poisonous gases had only temporary injuries,” said Rashida Bee, President of the Bhopal Gas Peedit Mahila Stationery Karmchari Sangh.  “We have official records which show that 16.5 per cent gas exposed population has contributed to 56.4 per cent of the COVID-19 deaths in the district so far.

“The Indian government should present these details and other hospital records before the Supreme Court that is hearing the curative petition for additional compensation for damage caused by the December 1984 disaster,” said Nawab Khan, President of the Bhopal Gas Peedit Mahila Purush Sangharsh Morcha.

Dhingra further said that Union Carbide’s own documents show that the injuries caused by exposure to methyl isocyanate are permanent in nature yet more than 90 per cent of the exposed people have been paid only 500 US dollars compensation for temporary injuries. “It is a pity that it took a global pandemic to highlight the injustice meted to the victims of the world’s worst industrial disaster.” she said.

“Dow Chemical has used the Pandemic to cut thousands of jobs and make more profit by producing hand sanitizers, but it looks the other way when the Pandemic exposes the lasting damage its subsidiary caused in Bhopal. Dow Chemical continues to evade the pending civil, criminal and environmental liabilities of Union Carbide in Bhopal,” Said Nausheen Khan of Children Against Dow Carbide.