'You won an election 15 years ago': Cong MLA on Azad's claim that party lost connection on ground

Some people are playing into the hands of parties opposing us, says Kuldeep Bishnoi 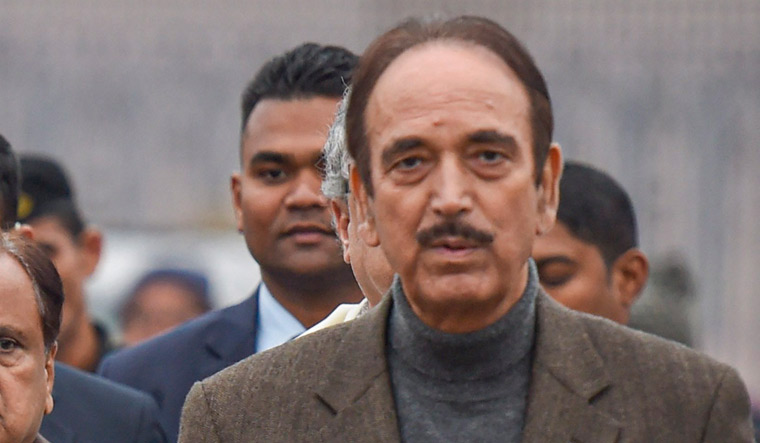 Reacting to senior Congress leader Ghulam Nabi Azad's claim that the party has lost connection on the ground and the "five-star culture" of leaders is causing the party to perform badly in elections, Haryana Congress MLA Kuldeep Bishnoi pointed out that Azad won an election 15 years ago.

According to news agency ANI, Bishnoi said people like him who have been winning elections continuously can tell better about the current political situation than Azad who won the last election 15 years ago.

Further, the Congress MLA claimed that some leaders are "playing into the hands of parties opposing us. Some of them have cases filed against them. So they want to weaken Congress party in collusion with other parties." We will not let their conspiracies to succee, he added.

Some leaders are playing into the hands of parties opposing us. Some of them have cases filed against them. So they want to weaken Congress party in collusion with other parties. But we would not let their conspiracies to succeed: Haryana Congress MLA Kuldeep Bishnoi https://t.co/mYq8ZCRaeH

Azad, while talking about the poor performance of the Congress in Bihar polls, said he does not blame the leadership for the loss, but added that "people have lost the connection on the ground." "Polls aren't worn by five-star culture. Problem with leaders today is if they get a party ticket, they first book a five-star hotel. They won't go if there's a rough road. Till the time five-star culture is given up, one can't win elections," he was quoted as saying.

His comments had come days after Congress leader Kapil Sibal's public criticism of the party leadership and his statement that the time of introspection was over and people no longer saw the party as an effective alternative.