Sasikala set to walk out of jail in January: Will her return affect AIADMK? 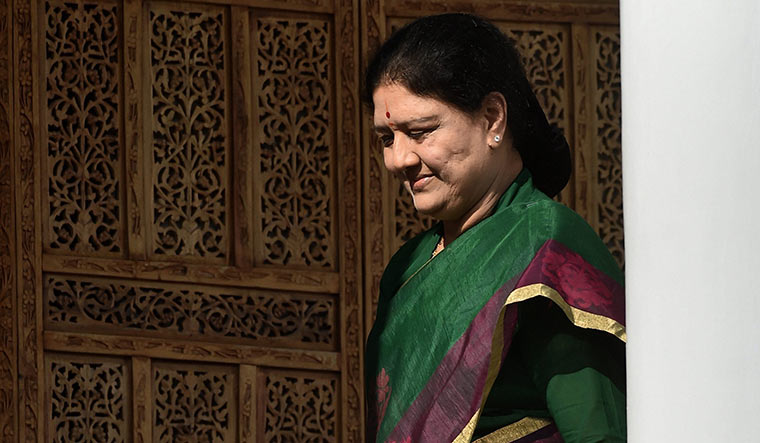 With assembly elections round the corner, the political ground in Tamil Nadu has been witnessing several twists and turns for the last few weeks. The AIADMK under Chief Minister Edappadi K. Palaniswami has called a meeting of the party district secretaries on November 20 to discuss the election strategies. The meeting is scheduled a day ahead of Home Minister Amit Shah’s visit to Tamil Nadu where he will have a meeting with BJP’s alliance partners in the state.

In the meantime, V.K. Sasikala, a close aide of late former chief minister Jayalalithaa, has initiated the process for her release from the Parappana Agrahara prison by depositing the fine amount of Rs 10 crore before the 34th city civil court in Bengaluru. The payment of fine amount will ensure her release from the prison latest by January 27, 2021.

Sasikala is serving her four-year jail term in the Rs 66 crore Disproportionate Assets case. According to sources, her legal team headed by advocate Raja Senthoor Pandian has been persuading the jail authorities and the Karnataka Prisons Department to consider her non-availed leaves and grant her an ordinary remission.

In a recent RTI reply, the Prisons Department has informed that Sasikala could be released from the prison on January 27, 2021 if the fine amount of Rs 10 crore is remitted, though her jail term actually ends on February 13, 2021. Following this, her family on Wednesday initiated the process for her release by depositing the fine amount. The money has been deposited in the form of four demand drafts for a value of Rs 10.01 crore before the city civil court. The money was paid by four of her family members—M. Pazhanivelu, Vasantha Devi, Hema and Vivek Jayaraman.

Pazhanivelu, brother of Sasikala’s late husband M. Natarajan, has paid Rs 3.25 crore while his wife Vasantha Devi has paid Rs 3.75 crore. Sasikala’s nephew Dr Venkatesh’s wife Hema has drawn a demand draft worth Rs 3 crore while Vivek Jayaraman has produced a DD of Rs 10,000. Pazhanivelu is a retired police officer and Dr Venkatesh, brother-in-law of T.T.V. Dhinakaran, is a practicing radiologist who was considered close to Jayalalithaa before he was expelled from the party by her in 2011.

Sasikala’s release, sources in the AIADMK say, could bring in changes in the political equations in the state. Sources say that the disgruntled forces in the AIADMK would rally behind Sasikala. Palaniswami and Panneerselvam, who had engaged in a factional war to assert their positions in the party, have come to terms in the recent days. Panneerselvam who fought to take over the party finally gave up to Palaniswami, accepting the latter as the party’s chief minister candidate and the two together announced a 11-member steering committee to guide the party.