BJP's NK Yadav to be new speaker of Bihar assembly 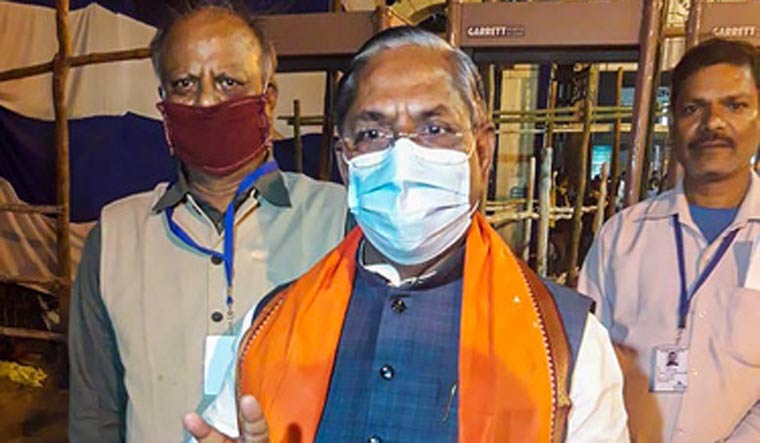 Senior BJP legislator Nand Kishore Yadav will be the new speaker of the Bihar assembly, sources said on Monday.

Yadav, a seven-term MLA from Patna Sahib, has been intimated about it by the party's leadership, they said.

He has served as a minister in all the previous NDA governments in Bihar. He was the minister for the road construction department in the last government.

The speaker's post will go to the BJP as per the understanding reached within the alliance, the sources said.

The BJP has emerged as the largest party within the ruling coalition with 74 seats, while Chief Minister Nitish Kumar' JD(U) has a strength of 43.

The BJP has also got two deputy chief ministers in the new cabinet— Tarkishore Prasad and Renu Devi.

In the outgoing assembly, JD(U)'s Vijay Kumar Chaudhary was the speaker.

Chaudhary has taken oath as a minister.

adav served as the leader of the opposition when Nitish Kumar had walked out of the NDA.

He has also served as the president of the BJP's Bihar unit twice in the past.

In the recently-concluded elections, Yadav defeated Pravin Singh of the Congress by over 18,000 votes to win the Patna Sahib seat for the seventh time.