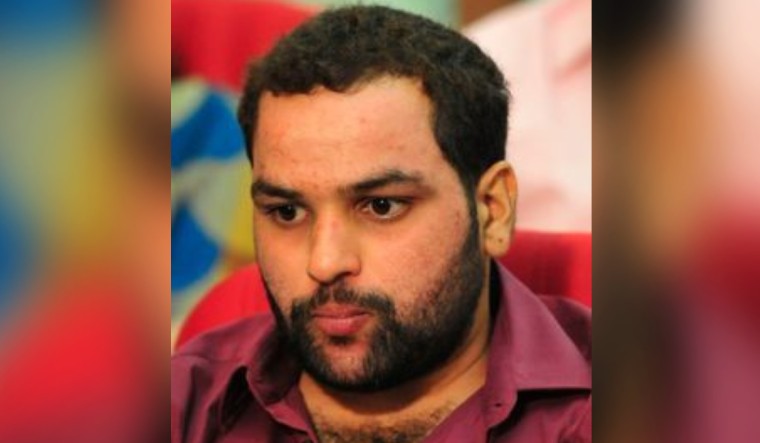 Mohammed Anoop, a drug peddler and an accused in the celebrity drug racket busted by the Narcotics Control Bureau (NCB) in August, is a "benami" of Bineesh Kodiyeri, son of Kerala CPI(M) leader Kodiyeri Balakrishnan, said the Enforcement Directorate (ED) officials in Bengaluru on Friday.

The ED arrested Bineesh on Thursday in a money laundering case related to a major drug haul case busted by the NCB. The NCB had seized a huge stash of MDMA (Ecstasy) pills and LSD blots from the residences of former television actor Anika D., the drug racket kingpin, and her two associates Mohammed Anoop and R. Ravindran in Bengaluru. The NCB had also registered an FIR under Sections 22, 27 A, 28 and 29 of the NDPS Act 1985, on August 22.

During the custodial interrogation, Anoop is said to have admitted that he was "closely associated" with Bineesh.

The ED on Friday issued a press release confirming the arrest of Bineesh for the offence of money laundering under Section 19(1)  of the Prevention of Money Laundering Act, 2002 (PMLA).

"Mohammed Anoop, a drug peddler, was arrested on October 17, and during his custodial interrogation, he inter alia admitted that he was indulging in sale and purchase of narcotics drugs and closely associated with Bineesh Kodiyeri. During investigation, it was revealed that Mohammed Anoop is a benamidar of Bineesh Kodiyeri and all his financial dealings were done on the instructions of Bineesh Kodiyeri who had paid huge amounts of money to Mohammed Anoop. He could not explain these cash and fund transactions and was completely evasive in his replies," stated the release.

According to the ED officials, the investigation also revealed that Anoop held various bank accounts and indulged in transferring/layering of huge proceeds of crime into various accounts. A fund trail investigation has established that a huge amount of unaccounted funds was being regularly credited in his accounts by Bineesh. These were preceded by huge cash deposits in Kerala into the accounts of Bineesh.

Bineesh was on Thursday produced before the ED PMLA court which sent him to ED custody till November 2.