'Cannot stand it, there has to be responsibility in reporting': CJI Bobde to Arnab Goswami

"This has never been the level of our public discourse," the Supreme Court said 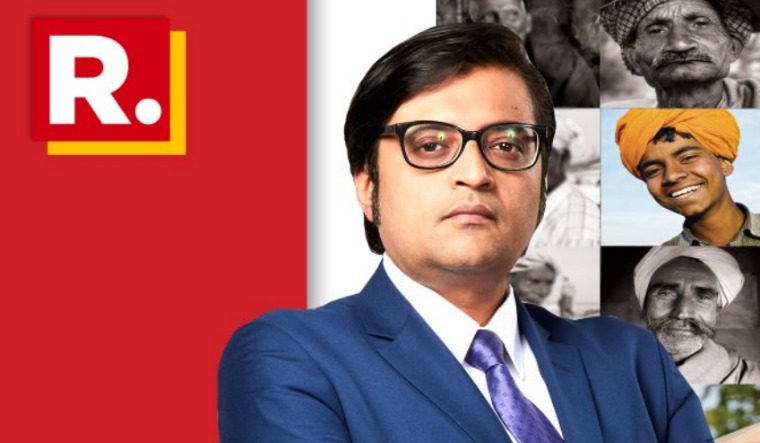 Hearing a Maharashtra government plea opposing the Bombay High Court order staying probe into two FIRs lodged against Republic TV editor-in-chief Arnab Goswami, the Supreme Court sought "responsibility in reporting". "Frankly speaking, I cannot stand it. This has never been the level of our public discourse. There has to be some responsibility in reporting," the Supreme Court told Goswami's counsel, reported FirstPost.

The top court was hearing an appeal filed by the Uddhav Thackeray government which has challenged the high court order. The FIRs pertain to Goswami's comments during his TV programmes about Palghar lynching incident and migrants gathering in large numbers in Mumbai's Bandra area during the COVID-19 induced lockdown.

During the hearing conducted through video-conferencing, senior advocate Harish Salve, appearing for Goswami, said these are not genuine FIRs and one political party has lodged cases in many states. Singhvi said the high court has stayed the FIR and suspended the probe and this should not have been done.

In its June 30 order, the high court had noted that while Goswami's comments targeted the Congress and its president Sonia Gandhi, he did not make any statement that would cause public disharmony or incite violence between different religious groups.

Citing observations made by the Supreme Court that India's freedom will rest safe as long as journalists can speak to power without being chilled by a threat of reprisal, the high court had said in its order that free citizens cannot exist when the news media is chained to adhere to any one position.

While admitting for final hearing the petition filed by Goswami seeking to quash the two FIRs, the high court had directed the police not to take any coercive action until the disposal of the plea.

Two FIRs were filed against Goswami. One was in Nagpur, which was later transferred to N.M. Joshi Marg police station in Mumbai following directions from the Supreme Court and another at Pydhonie police station. The one filed in Nagpur was about a news show aired on the channel on April 21 about the Palghar incident where two religious leaders and their driver were lynched.