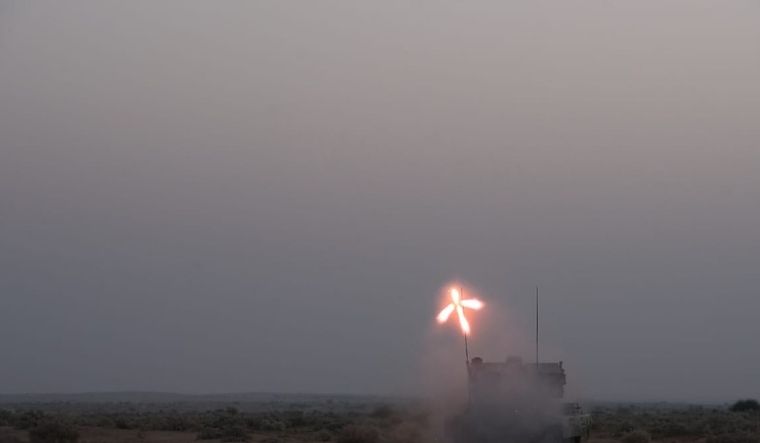 India on Thursday successfully carried out the final user trial of the third-generation anti-tank guided missile Nag at Pokhran desert in Rajasthan, in a significant milestone that paves the way for deployment of the weapon in strategically sensitive sectors, officials said. The missile has been developed by the Defence Research and Development Organisation (DRDO) to engage highly fortified enemy tanks in day and night conditions.

"The missile has fire and forget and top attack capabilities with passive homing guidance to defeat all MBTs (main battle tanks) equipped with composite and reactive armour," an official said.

Final user trial of 3rd generation Anti Tank Guided Missile (ATGM) NAG was carried out today on 22 Oct 2020 at 0645 hrs from Pokhran range. The missile was integrated with the actual warhead and a tank target was kept at designated range. pic.twitter.com/GZ4oJWyNWs

The DRDO said the final user trial of the missile was carried out on Thursday at 6:45 am from Pokhran range. "The missile was integrated with the actual warhead and a tank target was kept at designated range. This was launched from NAG missile carrier NAMICA and it hit the target accurately," the DRDO said.

Following the final user trial, the missile will enter into the production phase. "The missile will be produced by defence PSU Bharat Dynamics Limited (BDL), whereas Ordnance Factory Medak will produce the NAMICA," the DRDO said.

Defence Minister Rajnath Singh congratulated the DRDO and the Indian Army for the successful trial of NAG missile.