The new version "will be lighter and easier to operate" 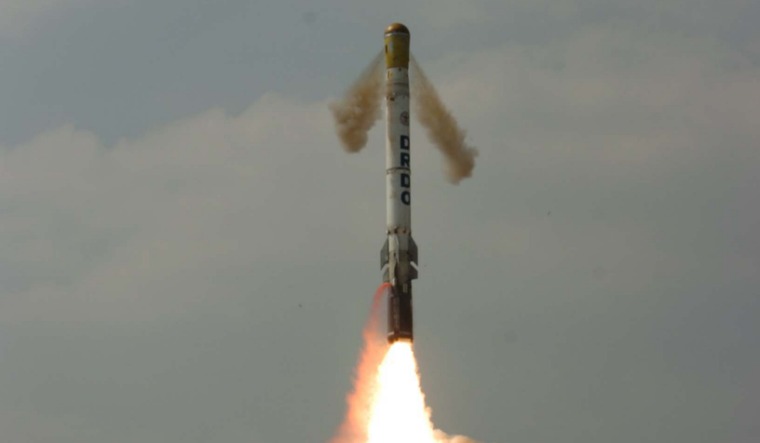 ANI reported the new Shaurya version has a range of "around 800km" and will complement the existing missile system and "will be lighter and easier to operate".

The Twitter handle of DD News Odia reported that this was the first "user-specific" trial of the Shaurya missile.

Analysts have speculated the Shaurya is a derivative of the K-15 submarine-launched ballistic missile. In February 2010, Business Standard quoted then DRDO chief V.K. Saraswat as saying the Shaurya was designed to be launched from both submarine- and land-based launchers. Reports have also claimed the Shaurya is a not ballistic missile in the sense it never leaves the atmosphere after launch. Ballistic missiles follow a ballistic trajectory towards their targets and often lack accuracy. The Shaurya is believed to be capable of moving in the atmosphere at hypersonic speeds, that is over five times the speed of sound, and can manoeuvre to avoid enemy surface-to-air missiles.

Saraswat had then told Business Standard the Shaurya was "a hybrid propulsion missile. “Like a ballistic missile, it is powered by solid fuel. And, like a cruise missile, it can guide itself right up to the target," Saraswat had said.