Is China behind Pakistan’s plan to change status of Gilgit-Baltistan?

China wants to remove all barriers to its CPEC projects 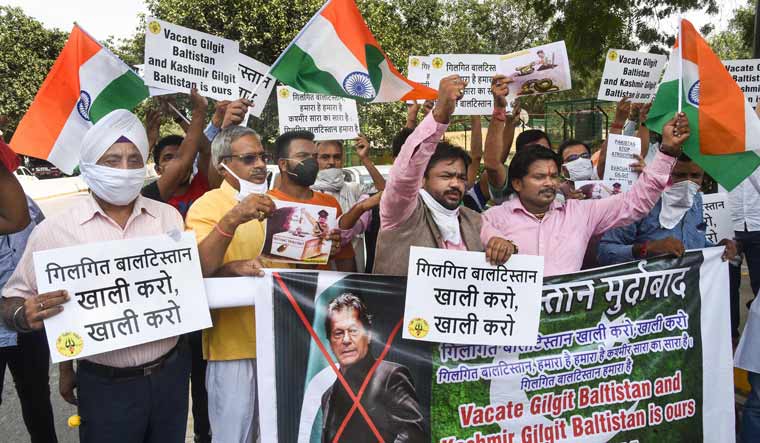 Pakistan’s plan to hold elections in Gilgit-Baltistan on November 15 is being seen as yet another move instigated by China to change the status of the region and remove ambiguity.

The Pakistan strategy has so far been to rule the area through temporary orders to maintain an ambiguity about the laws and institutions governing the region. However, Islamabad's latest move is being seen as a give away of China’s strategic interest in the region and continued attempts to remove any barriers to its numerous China Pakistan Economic Corridor (CPEC) projects which have slowed down due to the autonomy of Gilgit-Baltistan and India’s assertion in the region.

There are reports that the PTI government in Pakistan has come under pressure from China to weed out these hiccups at the earliest.

The recent developments come amid the Chinese aggression in Ladakh for the last six months.

India is watching the situation closely. Security experts in New Delhi believe that any move by Pakistan to convert Gilgit-Baltistan into a full-fledged province or a “provisional province’’ can lead to a deviation of Pakistan’s current position on the Jammu and Kashmir issue at the international fora as it could mean adopting a different position for Gilgit-Baltistan and Pakistan occupied Kashmir (PoK). Incidentally, both do not find mention in Article 1 of the Pakistani Constitution, which talks about Pakistani territories.

Security experts said Pakistan would require a constitutional amendment to change the status of Gilgit-Baltistan.

There are already dissenting voices on the proposed move in Gilgit-Baltistan with a section of local leaders terming Islamabad's move as a conspiracy to “sell Kashmir’’ and claiming that the Pakistani government has made a deal on Kashmir.

The dynamics of the region had changed with the arrival of China and CPEC, said a security official. A large number of local groups had already started protesting against the human rights violations and land grabbing as China pushed for the project resulting in fear among the locals of the area eventually turning into a Chinese colony.

However, the legal ambiguity over the laws and the institutions governing Gilgit-Baltistan has been continuing for decades allowing Pakistan to manoeuvre the constitutional and legal status of the territory so that it could maintain its hold over the territory with changing situations, said a security official.

With Pakistan now trying to streamline the governance of GB and consolidate its power over the area, the move is being seen as the result of immense pressure from China to ensure complete and coherent control over the region by bringing it out of ambiguity.