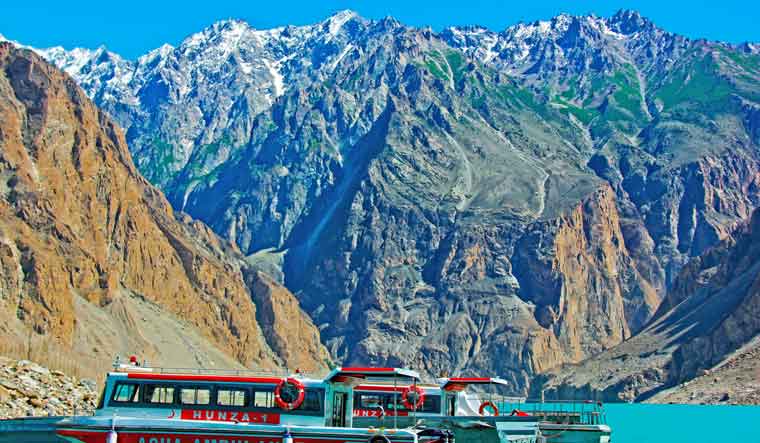 Sayyid Abdullah Gilani, special representative of veteran separatist leader Syed Ali Geelani, has urged Pakistan not to change the status quo of Gilgit-Baltistan and warned the move will have a negative impact on resolution of the Kashmir issue.

Geelani who resigned from the chairmanship of the All Parties Hurriyat Conference (APHC) in July over the failure of the constituents of the amalgam to face accountability and corruption in the distribution of seats in medical and engineering colleges for Kashmiri students in Pakistan, also accused the members of the APHC of failing to agitate against the removal of Article 370 by the BJP government in August last year.

In his resignation letter, he accused the members of ignoring his requests for a meeting in the wake of the abrogation of Article 370 .

Gilani, who is based in Pakistan occupied Kashmir (PoK), in a statement has urged Pakistan to maintain its consistent stand on Kashmir.

Calling  the decision to change the status of Gilgit Baltistan as unfortunate, the special representative said granting a provisional province represents a major shift in Pakistan's so far consistent policy, the statement said.

It said while Pakistan is duty-bound to address the genuine grievances of the people of Gilgit and Baltistan, the matter could be sufficiently handled without altering the status of the region.

“The move, in our view, is laden with disastrous consequences,’’ the statement said. “Pakistan risks not only weakening its position and losing moral high ground but also demoralizing Kashmiri people.”

It said this ‘unfortunate and unwise move is particularly more detrimental in the context of India's August 5, 2019 aggression’.

It said Pakistan is handing India a baton to beat it with.

The statement said India would welcome this opportunity as a blessing in disguise and use it to justify its August 5, 2019 decision of revoking Kashmir's special status and merging it.

“We, therefore, earnestly urge the government of Pakistan to rethink the decision granting provisional provincial status to Gilgit and Baltistan keeping in view all aspects, particularly, the possible detrimental repercussions it would have on the future of Kashmir as a dispute and, consequently, on its final settlement,” it said.

The Imran Khan-led PTI government of Pakistan is in the advanced stage to grant Gilgit Baltistan the status of the fifth province .

Presently, the region despite having an assembly, is largely controlled by Islamabad

Preparations are underway to hold elections in the region and the PTI government has also taken the opposition on board to change the status of the region.

Gilgit Baltistan assembly has passed a resolution in favour a provincial status for the region and demanded that it be be made as the fifth province of Pakistan and grant all the rights as enjoyed by the people of other provinces.

The Pakistan occupied Kashmir leaders like former Prime Minister Sardar Attique Khan have also expressed reservation over merging Gilgit Baltistan with Pakistan and warned the move would compromise Pakistan’s stand that the future of the Jammu and Kashmir should be decided by a plebiscite under the UN as agreed by India and Pakistan.

Analysts believe that Pakistan’s decision to declare Gilgit Baltistan as the country’s fifth province is happening due to Chinese pressure. Gilgit Baltistan is the gateway to China-Pakistan Economic Corridor (CPEC). Under CPEC, China has built a network of roads, bridges, railways and ports in Pakistan to connect the country’s underdeveloped areas to Gawadar sea port  to Pakistan’s Balochistan where a separatist insurgency is raging.

The decision to grant Gilgit Baltistan a provincial status came when China has committed aggression against India in Ladakh.