Bollywood actor Ayushmann Khurrana too made it to the list 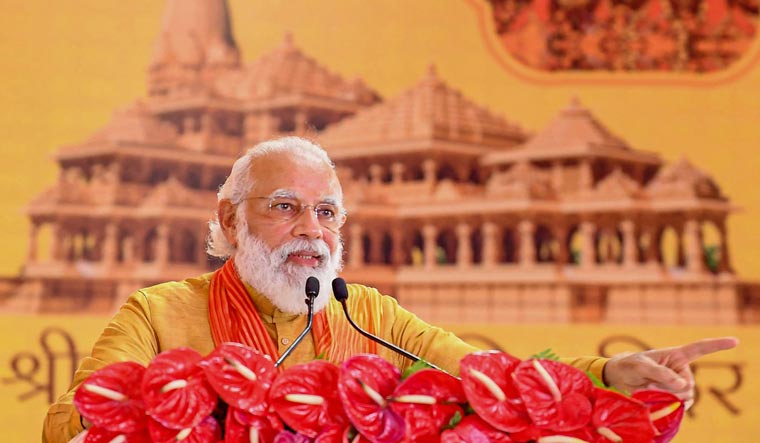 Prime Minister Narendra Modi and a 82-year-old woman, Bilkis, popularly known as as the 'Dadi of Shaheen Bagh', who was in the forefront of the agitation against Citizenship Amendment Act (CAA) are among the TIME magazine's list of 100 'Most Influential People of 2020'.

"Though almost all of India’s Prime Ministers have come from the nearly 80% of the population that is Hindu, only Modi has governed as if no one else matters. First elected on a populist promise of empowerment, his Hindu-­nationalist Bharatiya Janata Party rejected not only elitism but also pluralism, specifically targeting India’s Muslims. The crucible of the pandemic became a pretense for stifling dissent. And the world’s most vibrant democracy fell deeper into shadow," read the introduction about the prime minister on the TIME magazine.

Modi's name featured under the category of 'Leaders' along with the likes of US President Donald Trump,Taiwan’s President Tsai Ing-wen, and Democratic presidential nominee Joe Biden.

Bilkis, who was listed under the category 'Icons' became the face of the protests against the Citizenship Amendment Act, largely led by women, in Delhi’s Shaheen Bagh. She made news after she was found at the forefront of the protest from morning till midnight for nearly three months.

"Bilkis gave hope and strength to activists and student leaders who were being thrown behind bars for standing up for the unpopular truth in a democracy that was sliding into authoritarianism, and inspired peaceful copycat protests across the country," read the introduction on Bilkis, by Rana Ayyub.

The other Indian who found a slot in the list is Bollywood actor Ayushmann Khurrana, who has been listed under 'Artists'. The list also includes Korean filmmaker Bong Joon-ho, actor Michael B Jordan and Fleabag creator Phoebe Waller-Bridge.