Only about 60 MLAs attend physically, others join through videoconferencing 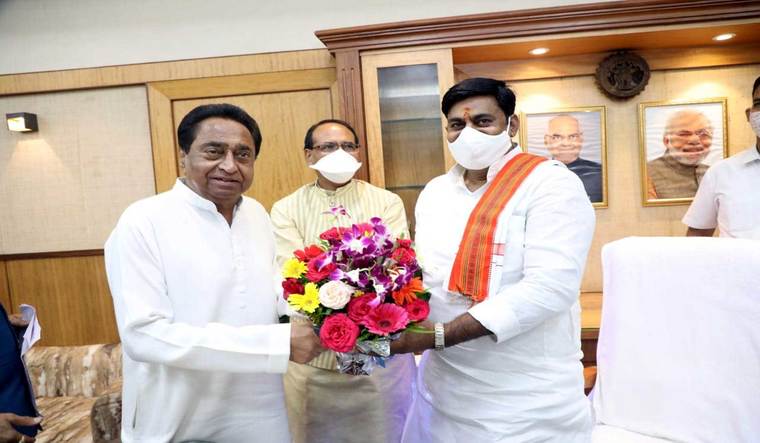 In probably what was the shortest Assembly session in the history of Madhya Pradesh, the special monsoon session 2020 adjourned sine die in mere 90 minutes with the appropriation bill and four other bills passed amidst mild protests.

Owing to the COVID-19 situation that has affected more than 40 MLAs including the chief minister and 11 of his colleagues, a decision to hold a single day session to pass important bills including the appropriation bill (crucial for expenditure by the government) was taken.

Also, the session, which was deferred from the scheduled sittings in July, was necessary at this point of time to ensure that the rule of not more than six months gap between two sittings was not violated.

It was decided that only 61 MLAs (including 32 BJP and 22 Congress MLAs) will physically attend the session while others will join through videoconferencing from their respective districts. Special arrangements were made to ensure physical distancing and sanitization.

All those who attended the session physically including the Chief Minister Shivraj Singh Chouhan and leader of opposition Kamal Nath underwent temperature and oxygen level tests.

Though the plan was for a day-long session, it was concluded merely in 90 minutes as no discussions were held on the bills. The appropriation bill was presented by Law and Legislative Affairs Minister Narottam Mishra in absence of Finance Minister Jagdish Dewda. The demand of chief whip of Congress Govind Singh and leader of opposition Kamal Nath to hold a discussion on the bill was turned down by pro-tem speaker Rameshwar Sharma, citing the decision and unanimity in the all-party meeting.

The session concluded with the Chief Minister Chouhan briefing about the current scenario of COVID-19 in the state. The details were demanded by leader of opposition Kamal Nath who said that the situation was worsening and that the private hospitals were acting at will and fleecing patients.

While there were mild protests by the opposition over the decision not to discuss the bills and during the chief minister’s briefing on COVID-19 situation, a controversial statement made by Culture and Environment Minister Usha Thakur recently in Mhow of Indore caused a major uproar in the house.

Congress MLA Hiralal Alawa, who is founder of Jai Adiwasi Yuva Shakti (JAYS) – a tribal organization, took umbrage over the minister reportedly calling the organization an anti-national outfit that was trying to mislead the tribal community. Alawa staged a dharna on the Assembly premises demanding resignation of the minister. Leader of the opposition Kamal Nath also joined him briefly.

Meanwhile, before the commencement of the session, Congress MLA from Gadarwara in Narsinghpur district staged a solo sit-in on the Assembly premises demanding shifting of an additional superintendent from the district, who she alleged was sheltering those involved in illegal mining, bootlegging and gambling.