Jawan from Kerala killed in Pak firing along LoC in Rajouri

The Indian Army launched a befitting retaliation to the Pakistani firing 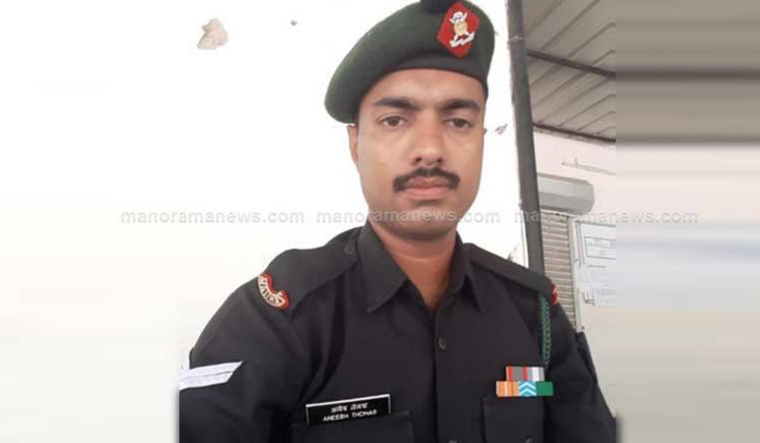 Jammu: An army jawan from Kerala's Kollam district was killed and two others, including an officer, were injured on Tuesday after Pakistani troops fired with small arms and shelled mortars along the Line of Control in Jammu and Kashmir's Rajouri district.

The deceased has been identified as Aneesh Thomas, a native of Alumukku near Kadakkal in Kollam district.

The Indian Army launched a befitting retaliation to the Pakistani firing and shelling in Sunderbani sector, they said.

"Pakistan initiated the unprovoked ceasefire violation by firing with small arms and intense shelling with mortars. Some injuries have been reported (on our side)," a defence spokesperson said based on preliminary information.

However, official sources said three army personnel, including an officer, were injured in the incident and later one of the soldiers succumbed to the injuries. The officer, along with another soldier, is undergoing treatment at the military hospital, the sources said.

The Pakistani army has also suffered casualties in the retaliatory action but details are awaited, the sources said.

This article was originally published in onmanorama