The Special Frontier Force: Tibetan refugees, once trained with US help 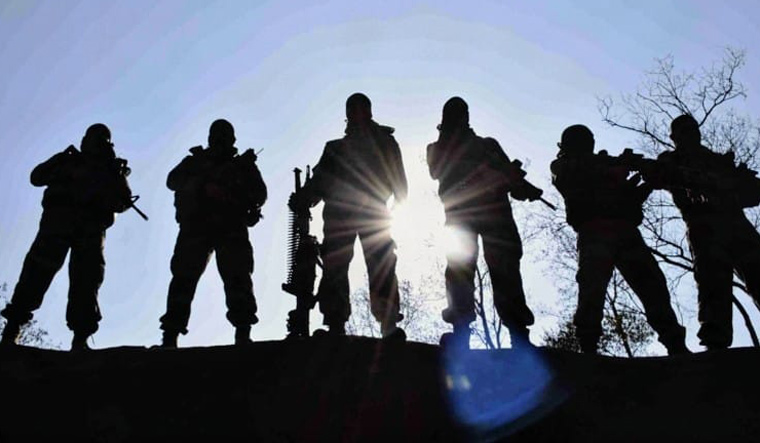 The confrontation between Indian and Chinese forces in Ladakh, over Pangong lake over the last weekend, has led to a flare-up in tension between the two countries.

The covert Special Frontier Force was also involved in the confrontation. THE WEEK reported, "Indian forces thwarted PLA move to change status quo in the area by deploying its specialised troops from the SFF."

The Special Frontier Force had its origins in the disaster of the 1962 war with China and in fact shares its birthday with the prime minister at that time, Jawaharlal Nehru.

The decision to form an all-Tibetan armed unit was made on November 14, 1962, as the Chinese military continued its advance into Indian territory. Given the high-level of defence cooperation with the US at the time, it was decided that the CIA and Intelligence Bureau would train a 5,000-strong force of Tibetans for possible missions against China. Interestingly, the CIA had been involved in a covert programme to train Tibetan guerrillas to fight the Chinese forces in Tibet since the 1950s.

The Special Frontier Force was originally known as Establishment 22 as its first inspector-general, Sujan Singh Uban, had served with the 22 Mountain Regiment. Establishment 22 recruits were trained in Dehradun to both gather intelligence and execute raids to hit Chinese airfields and other installations. The recruits initially consisted of Tibetan refugees hailing from the Khampa community.

The US pulled out of the initiative to train the Special Frontier Force as relations with India soured in the early 1970s and Washington sought to curry favour with China.

In Tibet's Cold War: The CIA and the Chushi Gangdrug Resistance, 1956-1974, scholar Carole McGranahan noted "Fifty-six Tibetan SFF soldiers were killed in battle, and 580 Tibetan soldiers were decorated with medals for bravery by the Indian government," for their role in the 1971 war. However, few specific details are available given the classified nature of operations the unit engaged in.

Arguably the Special Frontier Force's most 'infamous' mission also led to one of the first public acknowledgements of its existence. Personnel of the Special Frontier Force were involved in a joint operation with the CIA in 1965 to place a nuclear-powered device on Mount Nanda Devi to monitor China's nuclear weapons tests. However, the mission had to be abandoned. The loss of the nuclear-powered sensor was reported by Indian media outlets in 1978, prompting a response from then prime minister Morarji Desai on Indian involvement in the mission.