‘It is not social media firm, but people of India who’ve rejected Congress’ 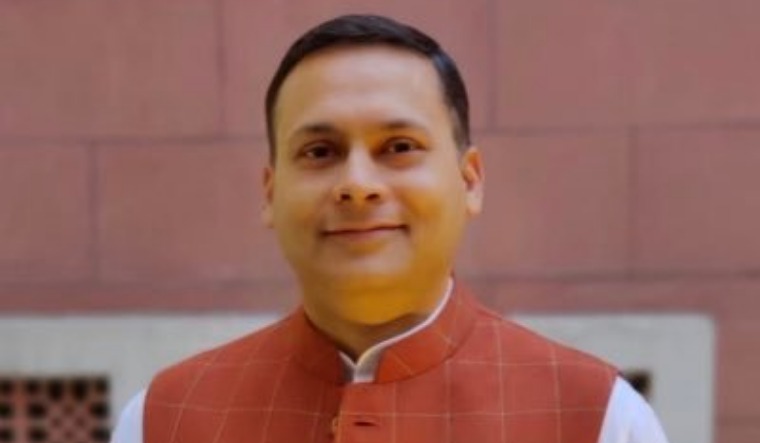 Hitting out at the Congress for alleging a nexus between the BJP and Facebook, the ruling party's IT cell head Amit Malviya on Saturday said it is not some social media firm but the people of India who have rejected Rahul Gandhi and his party.

The Congress general secretary (organisation) K.C. Venugopal on Saturday wrote to Facebook CEO Mark Zuckerberg for the second time in a month, asking what steps were being taken on repeated allegations about the global social media giant's India unit being biased towards the ruling BJP.

The Congress' letter to Zuckerberg came over an article in Time magazine, which the opposition party claimed "revealed" more information and "evidence of biases and a quid pro quo relationship" of Facebook India with the BJP.

"Congress and Rahul Gandhi think that everyone other than themselves are responsible for their successive electoral defeats. They must realise that people have no faith in the Congress or Rahul Gandhi's lacklustre, vision-less leadership. It is not some social media firm but people of India who have rejected them," Malviya said.

Tagging the Time magazine report, Congress leader Rahul Gandhi claimed in a tweet that it exposes the "WhatsApp-BJP nexus".

"Used by 40 Cr Indians, WhatsApp also wants to be used for making payments for which Modi Government's approval is needed. Thus, BJP has a hold over WhatsApp," he alleged without elaborating.

On the Congress letter to Facebook CEO, Malviya said these days everyone in the Congress from Manish Tewari to K.C. Venugopal is writing letters to the social media firm.

"Maybe, they should figure out who should be taken seriously before we remind them that it was they who were dealing with Cambridge Analytica to manipulate the 2019 general elections," the BJP leader said.

A report in the Wall Street Journal earlier this month had brought to fore similar allegations, which were strongly rejected by both Facebook and the BJP.

After the controversy had broken out, the BJP had attacked the Congress over the opposition party's allegations, saying people whose political base has "shrunk like anything" seek to dominate discourse on these platforms while asserting that everybody regardless of his ideology has got the right to air his views there.

Senior party leader Ravi Shankar Prasad had said that former Congress president Rahul Gandhi believes that any organisation that does not work to his liking is acting under the pressure of the BJP and the RSS.

Malviya had also cited instances of certain Facebook officials' biases against the ruling party and had even communicated to the social media giant about it.

Facebook had earlier said the company's social media platform prohibits hate speech and content that incites violence, adding these policies are enforced globally without regard to political affiliation.

However, Facebook, which counts India among its largest markets globally, acknowledged that "there is more to do".