Chief Minister Gehlot is expected to sail through 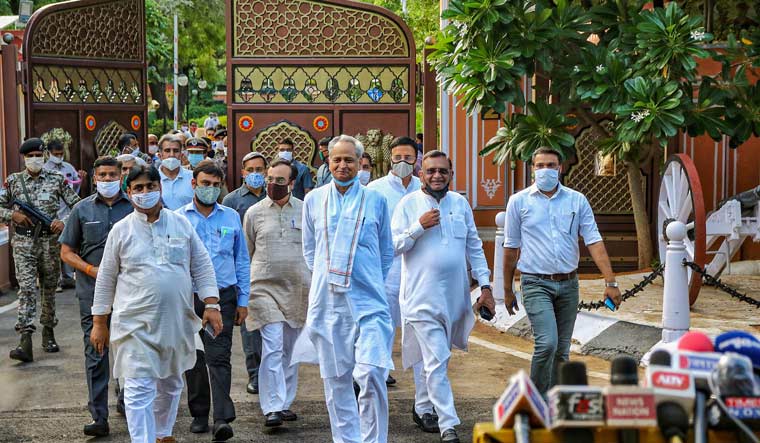 A key session of the Rajasthan assembly, in which the Ashok Gehlot-led Congress government will move a vote of confidence, commenced today.

The assembly session was held days after the top leadership of the Congress announced the return of Sachin Gehlot and 18 other dissident MLAs to the party fold. Pilot had led a rebellion against Gehlot, seeking a change in the party's leadership in Rajasthan. At the CLP meeting held at his residence, Gehlot urged Congress MLAs to forget the acrimony of the past month and move on. A victory in the floor test gives Gehlot an immunity of six months.

The Congress has 107 MLAs, including six who merged from the BSP, in the 200 member assembly. The fate of the BSP MLAs will hang in the balance after Mayawati issued a whip, asking them to vote against the Ashok Gehlot government during the floor test. If they defied the whip, the MLAs would face action, and possible disqualification.

Chief Minister Ashok Gehlot had chaired a CLP meeting on Thursday where the decision to move the vote of confidence was taken. The CLP meeting was also attended by the 18 MLAs who had revolted along with Pilot, a party leader had said.