It’s a draft, not a final notification: Javadekar hits out against those opposing EIA 2020

Stop the loot of the nation, tweeted Rahul Gandhi with reference to the new EIA draft 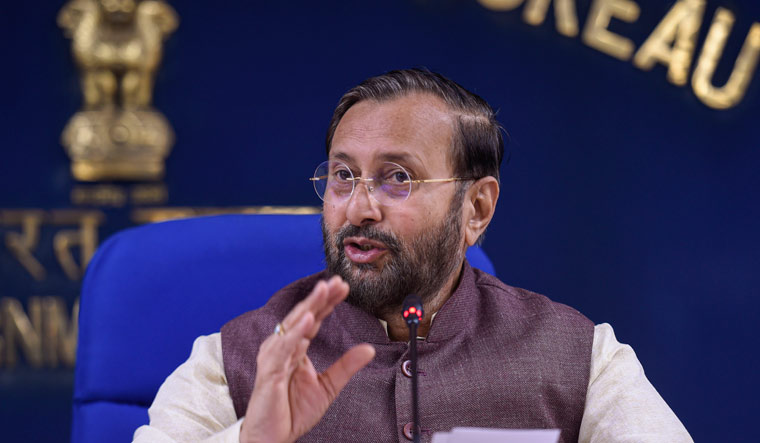 Minister for Environment, Forests and Climate Change (MoEFCC) Prakash Javadekar on Monday hit out against those who have been protesting against the draft Environment Impact Assessment (EIA) 2020 notification. The notification is in the public domain till August 11, and has been criticised heavily by environmentalists and opposition parties, who say it dilutes the checks and measures that projects have to undergo to ensure that their impact on the environment is kept at minimal. It has been labeled "pro-industry", "anti-people" and "anti-environment".

"I saw reactions of some leaders that they want to protest the draft. How can they protest the draft?" the minister demanded. "It is a draft, not a final notification," he pointed out. He said the draft was kept available for public consultation for a period of 150 days, as against the stipulated 60 days, because of Covid 19. "We have received thousands of suggestions, and then will come out with the final draft," Javadekar said, adding that "Those who want to protest now, have, during their regime, taken bigger decisions without any public consultation. This is unnecessary and premature."

ALSO READ: Explained: What is EIA 2020? How does it water down the existing policy?

The EIA 2020 makes several changes over the existing EIA 2006 rules, purportedly with a view to cut red tape and aid the ease of doing business outlook. However, protesters have called it a disaster. Congress vice president Rahul Gandhi on Monday morning tweeted, "EIA 2020 draft must be withdrawn to stop #LootOfTheNation and environment destruction. In his Hindi tweet, he called it a scary example of  how the BJP has been aiding its "suit-boot" friends.

Congress veteran Jairam Ramesh, who heads the Parliamentary standing committee for science, technology, environment, forests and climate change, had earlier this month written to Javadekar saying the committee was inundated with requests from various stakeholders to give them opportunity to present their views on the draft notification, and in view of that, had requested that the notification be kept in abeyance until the committee completed its deliberations.

Ramesh had written to the minister previously in July noting certain objections. The minister gave him a detailed reply in a letter dated August 5 after which Ramesh has requested more time for the committee to deliberate. The minister explained that it was wrong to assume that the government intends to give ex-post facto approval to certain cases involving violations [of the Environment Protection Act]. He said that the environment clearance will be prospective in nature, and previous actions resulting in violation will be made liable to stringent penal action. The minister explained that the main purpose of the provision was to bring all violators under regulatory regime by imposing heavy penalties. "You will also agree that we should not allow such companies in perpetual unregulated status," he wrote.

B2 projects are a long list that include oil, gas and shale exploration, hydroelectric projects up to 25 MW, certain irrigation projects, small foundries, and several projects under the Medium and Small Enterprises tag.