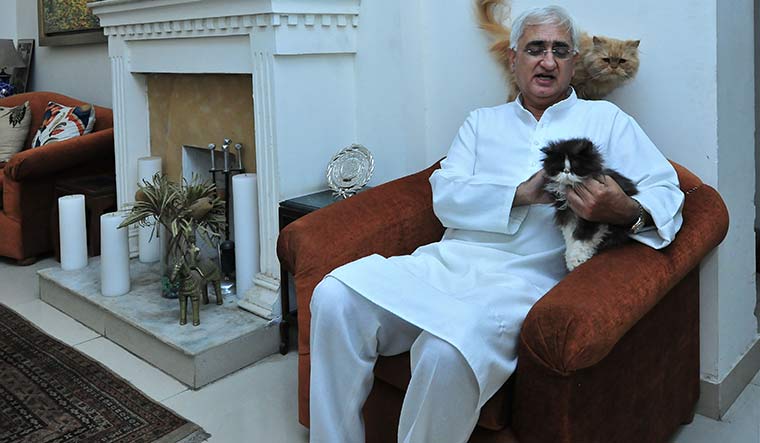 Congress veteran Salman Khurshid and BJP's Amit Malviya offer insights into the history and politics of the citizenship law debate as they together attempt to present the two sides of the contentious issue in a new book. The Parliament passed the Citizenship (Amendment) Act, 2019 on December 11, 2019, triggering heated debates and protests, both violent and non-violent.

In the book titled The Citizenship Debate, Malviya argues that the CAA is a case of misreading, while Khurshid says it is a case of misdirection. Malviya, the head of the BJP's information technology cell, contends that the "entire debate on the CAA, and the violent protests and the riots that have been engineered are all part of a political scheme aimed at unsettling the BJP government and creating an atmosphere of fear and anxiety in the country".

This is not just any old opposition tactic or hypocrisy but political gamesmanship that threatens the very foundations of a democratic India, he alleges. According to him, the CAA is not against the spirit of the Constitution but is, in fact, the nurturing spirit that will strengthen the spirit of the Indian ethos.

However, Khurshid feels the CAA, in its "implicit endeavour to subsume a refugee law in its Citizenship Act, has forgotten to give concrete rationale for inclusion of only a few religious groups or countries given the broad contours of persecution".

Malviya argues it is wrong to say that the CAA is a step towards 'Hindu Rashtra'. "It is a step towards a policy that rejects appeasement politics, pandering to particular groups, and assuring the rights of those minorities who are facing religious persecution at the hands of extremists, rogue states and agents provocateurs," he writes in the book, published by Rupa.

"The Hindu Rashtra argument falls apart for another very important reason: the CAA is not a law that protects only Hindu minorities from the three neighbouring countries, but it is also a conscious attempt to protect the interests of other persecuted groups, including Christians, Buddhists, Jains and Sikhs," he says.

But Khurshid, a senior advocate and a former Union minister, says "questions are posed on one's nationality on the basis of religion. Muslims, even today, are viewed as naturally disloyal to the nation in popular perception".

Malviya sees no link between the CAA and the NRC exercise from a legalistic point of view. Khurshid finds the real sting is in NRC-NPR, and the CAA is but the balm for some who might be singed by the former. "But even the arguably intended beneficiaries will be at a loss to establish their Pakistan, Bangladesh or Afghanistan citizenship having failed to establish their Indian citizenship," he says.

The CAA seeks to grant citizenship to non-Muslim migrants belonging to Hindu, Sikh, Buddhist, Christian, Jain and Parsi communities who came to India from Pakistan, Bangladesh and Afghanistan on or before December 31, 2014.

Malviya also says that the allegation that the track record of the NRC is poor is a red herring and needs to be dismissed with the contempt that it deserves. "If at all a government agency is not working efficiently, then it is incumbent upon both the political leadership and executive to shape up and demand efficiency. To, therefore, argue that the NRC exercise ought not to be carried out is mischievous," he says. Khurshid is of the opinion that the central government, with the CAA and the intention of conducting a pan-India NRC, should have given it a deeper thought to finalise what documents they want shown.

With this lack of clarity in the 'Show Your Documents' drive, a large number of people get sent to detention camps, with no concrete treaty with countries such as Bangladesh for deporting migrants, he says.

"India is a large country with a majority of its population poor and illiterate. Documentation thus becomes a herculean task not only for the authorities conducting this exercise but also for the people to own them," Khurshid writes. People have different impressions about the CAA-NRC-NPR protests happening across India, says the senior Congress leader. "Some are impressed, others curious whilst a few are puzzled. As much as Amit Shah would have us to believe that there is no evidence of large-scale public support for CAA, it is undeniable that the trigger may have been the spontaneous reaction in Muslim-dominated areas and institutions.