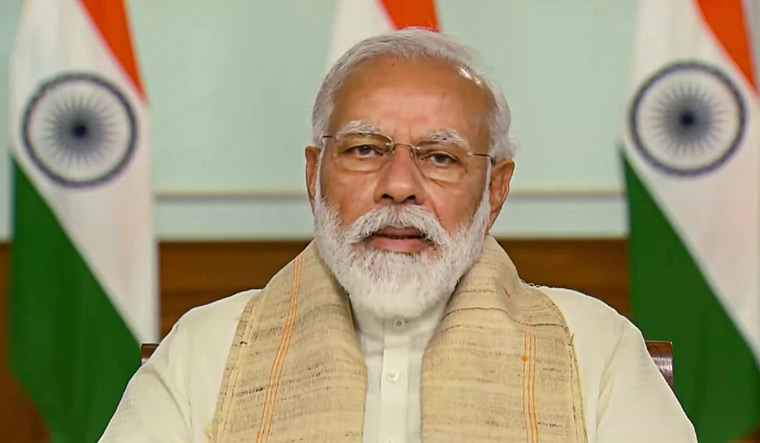 Prime Minister Narendra Modi will take the lead in laying the foundation stone of the "grand" Ram Mandir in Ayodhya on August 5. The spectacle will mark Modi taking political ownership of the promise the party has been making in its manifesto since 1996.

The ruling BJP has delivered on its key ideological promises in the first year of its second tenure. It is set to remind the public of its fulfilled promise when it goes hustings, first in Bihar, and then in the subsequent state elections next year. The issue of Ram temple is no longer a polarising one as most of parties have either welcomed the Supreme Court order to give the disputed land to the Hindu community, or silently accepted the decision.

In one of the biggest nods to election-bound Bihar, the Ram temple trust includes dalit BJP leader Kameshwar Chaupal as its member. Chaupal had unsuccessfully contested 2014 Lok Sabha election from Supaul in Bihar. Chaupal, on November 9, 1989, had laid the foundation stone for proposed temple after he was picked by the VHP to do so. Chaupal at that time was a VHP officebearer, before he joined BJP. By choosing a dalit to be part of the temple trust, a signal was sent to community across the country, whose integration into the Hindu mainstream is what the BJP and RSS are pushing for. In fact, the cultural significance of the temple construction is to bring cohesiveness in the community with Ram as the key deity.

The temple building will also coincide with Hindu bodies, particularly the VHP, launching a nationwide movement to collect money from 10 crore Hindu families for the temple construction, to ensure maximum participation. Apart from Bihar, the BJP relies on cultural-religious messaging in poll-bound Bengal and Assam as part of its political campaigns.

But, Ram Mandir as a sole election issue has its limitation. The temple issue had receded into the background after initially reviving BJP’s fortunes in 1990s. Bihar, battered by the coronavirus pandemic, loss of livelihoods and ravaging floods, will need more to keep voters in the NDA kitty. Also, Bihar, along with states like Uttar Pradesh, had seen the rise of caste politics which runs parallel to BJP’s Hindutva. The saffron party managed it well in Uttar Pradesh as it combined ‘mandal with kamandal’ (proponents of mandal commission reservation and Hindutva politics) to win handsomely in the 2014 and 2019 Lok Sabha elections, and 2017 assembly elections. Bihar, again, will be a test.

Last year, in Jharkhand, the BJP's Raghubar Das government was voted out of power. The BJP had raised the Ram Mandir issue, promising that a grand temple will be built soon. Even as they lost, the BJP managed to increase its vote share by two per cent to 33.37 per cent, an indication that it managed to keep its core supporter base intact. The elections results are decided by multiple factors of alliance, caste combinations, along with promise of strong governance, and sufficiently infused with ideological agenda. When the temple gets ready, as Uttar Pradesh government pools its energy into transforming Ayodhya, it will be showcased as India’s cultural model, hard-selling it in the 2022 Uttar Pradesh election, and Lok Sabha polls in 2024.