In defence of MPhil: Why the degree should not be discontinued

MPhil has been discontinued under the new National Education Policy 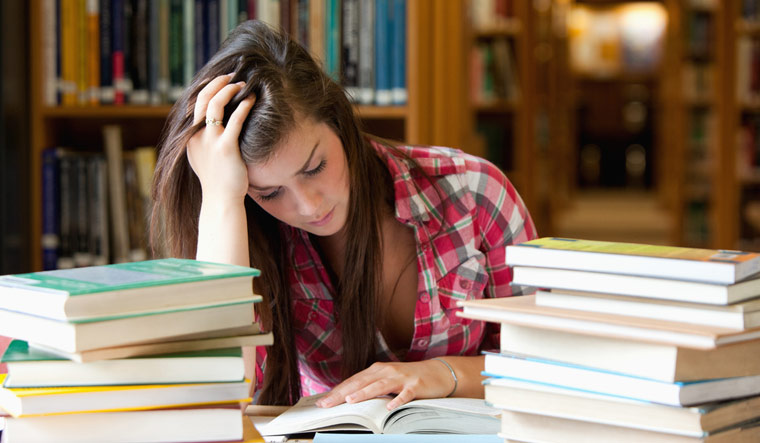 Garima Khera is a first year MPhil student in the department of language, literature and culture studies at Jawaharlal Nehru University in Delhi. Last year, when she was enrolling for her MPhil degree (now discontinued under the new National Education Policy) in French studies, she was given an offer to jump the two-year advanced postgraduate degree course and move directly to the PhD programme. The draft version of the Policy had already sounded the death knell for the research degree acquired between a Master's and a PhD.

Khera did not think twice before choosing MPhil, fully aware that next year it might become redundant. "I am in a languages course. We start learning the very basics of a foreign language in BA first year, like literally ABCD. For courses like Japanese, Russian or Mandarin, which do not even use the Roman script, students learn to write paragraphs by BA third year. How much will they now learn without the commitment to coursework and research that an MPhil requires," asks Khera who is now figuring out her thesis pitch within the broader realm of Canadian children's literature. "Our language courses have not evolved so much that we can straight away jump to a PhD degree. Our standard of research in languages is anyway woefully lagging behind," says Khera. Before lockdown, she was attending combined classes with PhD students who were her batchmates in Master's. "Will learning and mastering of languages will be speeded up now,” she asks.

It is hard to say which university department invented the Master of Philosophy, but in India it will no longer be recognised as an unique academic qualification with an extensive research component which prepares students for the rigours of a PhD life. In the new National Education Policy (NEP) for schools and higher education institutions, unveiled by the Union cabinet on Wednesday, MPhil courses have been discontinued in a bid to align degree education with Western models of academia. While the conventional three-year Bachelor's degrees will remain, there will now be a four-year "multi-disciplinary" Bachelor's programme. Students opting for a three-year Bachelor's programme can choose a two-year Master's programme which could be followed by a PhD, while students opting for the four-year Bachelor's degree with Research can go for a one-year Master's which is expected to make students ready for a PhD programme.

To enroll for a PhD, a Master's degree or the four-year Bachelor's degree with Research is now mandatory; it is not clear whether this is referring to a year-long or a two-year Master's degree. The new Master’s degree is touted to become more research-oriented, thereby cutting down an MPhil requirement. Currently, most Master's programmes in India do not make dissertation compulsory. In any case, at least a year of study has now been taken away in one's trajectory to become a doctoral student in a country with highly uneven access to knowledge and learning.

Dhiraj Kumar Nite, assistant professor at the School of Liberal Studies in Ambedkar University Delhi, says discontinuing MPhil is incongruous with the principles of the new NEP that will be adopted. "At the undergraduate level, they are now offering multiple exit points (one year for a certificate, two years for a diploma and three years for a degree). Now we are doing away with the same option at the research level. Because, MPhil used to be an exit point. If a student did not wish to remain a researcher or an academician or commit to a long-haul PhD programme, they could exit that space after MPhil. Now they will have to decide at the Bachelor's or the Master's level when they are still likely to be more unsure. Or now anyone vaguely interested in research will have to commit to a five-year PhD programme," says Kumar.

He says it will also be counterproductive if the new academic structure is not complemented with an infrastructure upgrade. "Given the glaring infrastructural deficiencies, especially in state universities, where hostel accommodation or stipends are not given uniformly to all, dropout rate in PhD programmes is high. If in the new academic structure, university infrastructure is not upgraded, especially for the financially constrained, submission rates will drastically fall," fears Kumar. "Also, MPhil was a place where students with varied levels of learning would be initiated into the hardcore methods of research together."

Chitra, a third-year PhD student in JNU's sociology department, has another valid concern about the disappearance of MPhil from Indian academia. "Frankly, the amount of plagiarism Indian students think is okay in research, they really need serious practice which they get in MPhil. NEP cannot radicalise the system in a way that suddenly makes students start writing original arguments."

In a paper published in 1966, titled 'The Master of Philosophy: A New Degree is Born', the author writes how the new degree announced by the Yale Graduate School might fulfill the need to furnish well-trained college teachers who aren't just specialists. More importantly, he writes, "The primary purpose is to provide a new intermediate degree which represents mastery of a discipline in the full scope and depth required of the PhD." Yale University still awards MPhil degrees to PhD candidates.