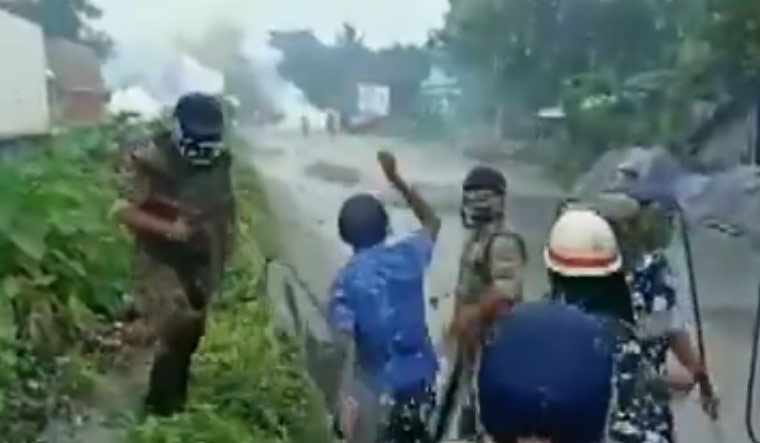 The suspected rape and subsequent murder of a teenaged girl in North Dinajpur district on Sunday triggered protests in the area with a mob blockading National Highway 31 and setting ablaze government buses and police vehicles, demanding the arrest of the culprits, police officers said here.

The girl was allegedly abducted after she went out of her house at Sonapur village near Siliguri on Sunday morning to answer nature's call. She was found dead after a few hours, and the villagers alleged that she was raped before being murdered.

#WATCH West Bengal: Clash breaks out between security personnel and locals, during the protest against an alleged gang-rape & murder of a girl in Kalagachh in Uttar Dinajpur. Security forces use tear gas shells to disperse the protestors. pic.twitter.com/aGe3CAo6P9

Police reinforcements, including Rapid Action Force, were brought in to lift the blockade and remove the protesters, the officers said.