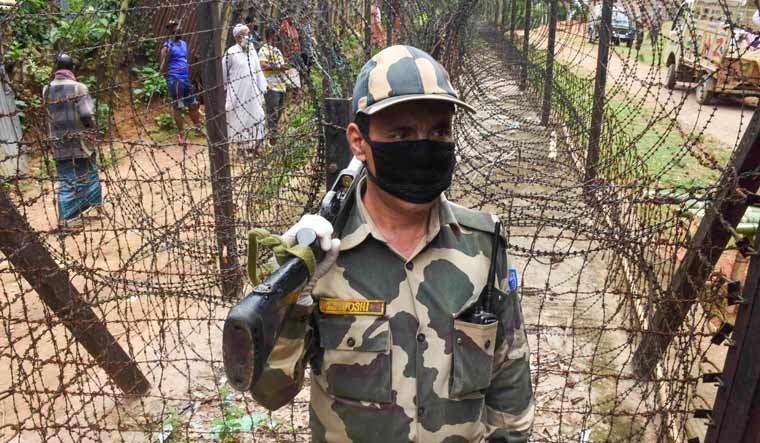 An Indian national has been injured in firing by the Nepal Armed Police Force (NAPF) in the 'no man's land' on the Indo-Nepal border in Bihar's Kishanganj district, a senior police officer said on Sunday.

The incident occurred around 9:30 pm on Saturday near pillar number 152 when Jitendra Kumar Singh and three others had gone there to bring back their cattle that had strayed into the 'no man's land', Superintendent of Police Kumar Ashish said.

The victim is a resident of Mafia Tola village under Fatehpur police station of the district.

The family members rushed the injured man, who received a bullet injury on his left arm, to Kishanganj Sadar hospital from where doctors referred him to Purnea for better treatment.

The SP said police and Sashastra Seema Bal, the Indian border guarding force deployed on the Indo-Nepal border, are probing the matter.

The SSBs 12th battalion Commandant Lalit Kumar said that Nepal Armed Police Force opened fire on the suspicion that they were cattle smugglers.

Entering the 'no man's land' is prohibited during the lockdown, he said, adding the Nepalese force opened fire following an altercation. The Nepalese personnel fired four rounds.

On June 12, an Indian national was killed while two others were injured in firing by the NAPF on Indo-Nepal border near Lalbandi Janki Nagar village in Bihar's Sitamarhi district.

The incidents have occurred in the midst of a raging boundary row between the two countries, with India sternly asking Nepal not to resort to any "artificial enlargement" of its territorial claims after Kathmandu recently released a new political map laying claim over Lipulekh, Kalapani and Limpiyadhura.

New Delhi maintains that these are part of Uttarakhand, while Kathmandu, in its recent map, has shown them as part of Western Nepal.

India had published its new map of the border region in November after it divided Jammu and Kashmir and Ladakh into two union territories. The map had incorporated these areas of Uttarakhand, the territories disputed with Nepal, within India's borders.