OPINION: All caste-based reservations must be abolished 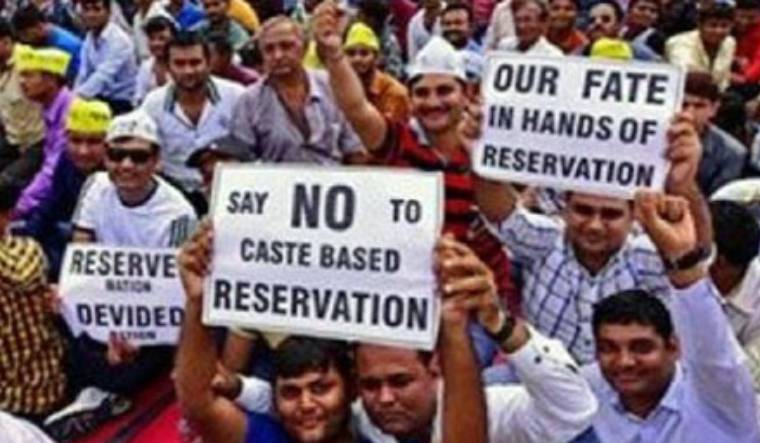 This article is in response to the piece by Kailash Jeengar, Asst Prof of Law, Campus Law Centre, Delhi University, titled ‘The Supreme Court must note that reservation is a fundamental right’ published in an online publication. Prof Jeengar advocates “adequate representation of backward classes at all levels of every public service”.

There is no provision in the Indian Constitution stating that caste-based reservation is mandatory. The provisions in Articles 15(4), 16(4), and 16(4A) are only enabling provisions.

However, Prof Jeengar seeks to derive the requirement of reservation as an inference from the right to equality in Article 14. But what is the reality?

As regards OBC reservation, I have explained in detail in an article that OBCs today are not backward (though they were so before Independence in 1947), and, therefore, reservation for them is wholly unjustified.

Coming now to SC reservation, it is true that SCs are looked down upon by many upper caste people (and even by many OBCs) and discriminated against, yet I am against any reservations for them for admissions in educational institutions or jobs. However, special facilities and help should be given to poor children of all castes (even upper castes) or religions, to ensure them a level playing field. For instance, the child of poor parents may not have the money to buy school textbooks. He should, therefore, be provided the text books free of charge by the state. This, however, is different from providing reservations on caste basis, which I strongly oppose, for the following reasons:

1. Reservations can only benefit less than 1 per cent SCs, while creating an illusion that all are benefited. SCs in India are about 22 crores, but reserved jobs for them would be only a few lakhs. So very few will get the benefit of reservations, and even these will be mostly from the ‘creamy layer’.

2. Reservations are doing great harm to the SCs for two reasons:

(a) They act as psychological crutches to the SCs, thus, weakening them. In other words, an impression is created among SC youth that they need not study and work hard because even without doing so they will get admission or a job.

SCs must throw aside the crutches of reservation and say that they will work hard and show by competing with upper castes on merits that they are not intellectually inferior to upper castes.

(b) Reservations are serving the policy of divide and rule of the political rulers, as they create animosity between SCs/OBCs and upper castes. An upper caste youth who got 90 per cent in his exams may be denied admission/job, while an SC/OBC who got 40 per cent may get it, by virtue of reservation. This naturally causes anguish in the former. India’s massive problems can only be overcome by a mighty united people’s struggle which will totally transform the country and bring it into the ranks of the developed countries, but for that unity among the people is absolutely necessary, but reservations divide us.

SCs must realise that they cannot succeed in their struggle for social amelioration if they are isolated. They must join hands with the enlightened section of the upper castes, and fight along with them. But this will be difficult as long as reservations continue.

(4) Caste reservations have further perpetuated the caste system, instead of  helping in destroying it. Caste is a feudal institution, which has to be destroyed if India is to progress, but reservations further entrenches it.

All these facts have been overlooked by Prof Jeengar. The time has come when SCs/OBCs must see through this political fraud and charade, and demand end of all caste-based reservations.