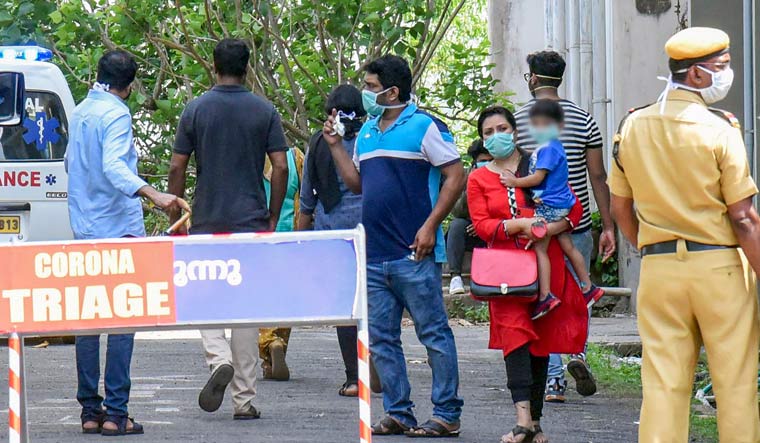 In yet another attack on frontline Covid warriors, a guard at the renowned Government Medical College and Hospital (GMCH) Chandigarh, the premier institute for COVID-19 treatment, was thrashed to death for not allowing a crowd accompanying a patient inside the hospital, citing social distancing norms.

The deceased, identified as 51-year-old Shyam Sunder, was attacked while on emergency duty late last night and died after being on a ventilator for almost 12 hours. The police have registered a case of murder under Section 302 of the Indian Penal Code and have nabbed four accused so far.

According to preliminary investigations, Sunder was deputed at the emergency ward along with another guard, Kamaldeep. Around 11pm, an accident victim was rushed to the hospital, reportedly accompanied by an entire crowd. The guards insisted on allowing only two attendants to accompany the victim as the hospital administration had issued strict orders not to allow crowding in wards and the emergency ward during COVID times.

This angered the companions, who attacked the guards. When they charged at Kamaldeep, Sunder tried to save him and they then attacked him. He was brutally dragged and thrashed till he became unconscious. The other guards rushed to the spot and took him inside where he was admitted and put on ventilator support, before he breathed his last. He is survived by his wife and a 10 year old son. Kamaldeep is currently being treated at hospital.

The death has led to an uproar as both the guards and family of the deceased staged a protest.

“We are risking our lives everyday in the current pandemic to save others. What was his fault? He was doing his duty and what he was saying was for the benefit of others including the accused but was still killed. He was sole bread earner and now his son and wife are without any support. We want exemplary punishment and financial aid,” said Surender, a representative of local guards.