The saga of Sri Padmanabhaswamy Temple: A timeline

In 2009, a staunch devotee of Sree Padmanabha filed a petition in the Kerala HC 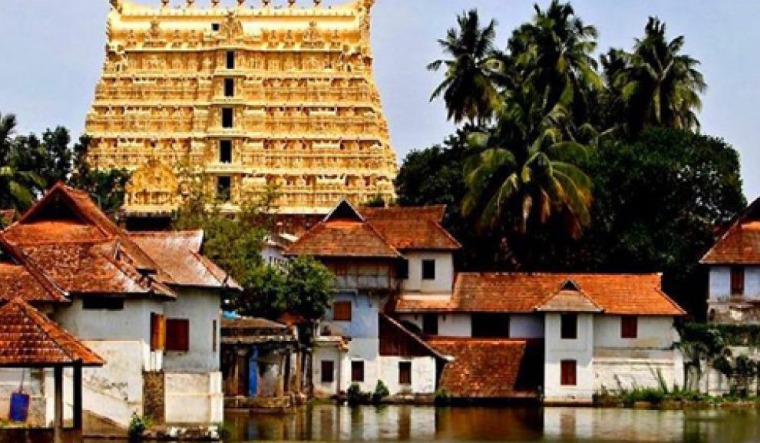 The Sri Padmanabhaswamy Temple in Thiruvananthapuram is believed to have been built in the 6th century. It was converted into its present form in the 18th century by the erstwhile royal family of Travancore, which ruled the princely state as ‘Padmanabha Dasa’.

The royal family of Travancore continued to manage the temple even after the state of Travancore was integrated into the Indian Union in 1947.

In 2009, a staunch devotee of presiding deity Sree Padmanabha, IPS officer T.P. Sundararajan, filed a petition in the Kerala High Court asking for the state government to take over the administration of the temple.

On January 31, 2011, the Kerala High Court allowed Sundararajan's petition and ordered the state government to set up a body for administering the temple and its assets under the control of the Kerala government in accordance with traditions.

Staying the Kerala High Court order on May 2, 2011, the Supreme Court directed to make a detailed inventory of the assets in the vaults A to F. The apex court later clarified that vault B, which is supposed to possess "mystical" energy, would not be opened immediately as the claims that vault B contained extraordinary treasure would be examined separately.

Assets reportedly worth Rs 1 lakh crore were found in five of the six temple vaults during stock-taking that began on June 27, 2011.

Sundararajan, who got temple treasure opened, died on July 17, 2011. He had served as one of the members of the seven-member panel appointed by the Supreme Court.

In April 2014, Gopal Subramanium’s amicus curiae report stated that gold and silver jewellery offered by devotees was not accounted for by the temple administration. Subramanium resigned as amicus curiae on August 5, 2014.

An audit report submitted to the Supreme Court in March 2016 said that gold worth Rs 186 crore has gone missing from the temple.

In July 2017, Subramanium told the Supreme Court that assets in vault B should be accounted. The vault remained closed so far over fears that whosoever tries to open it would be struck by "wrath of God".

On Monday, the Supreme Court ruled that the affairs of the temple are to be managed by the Travancore Royal Family.