About 4.6 crore females 'missing' in India due to son preference: UNFPA report 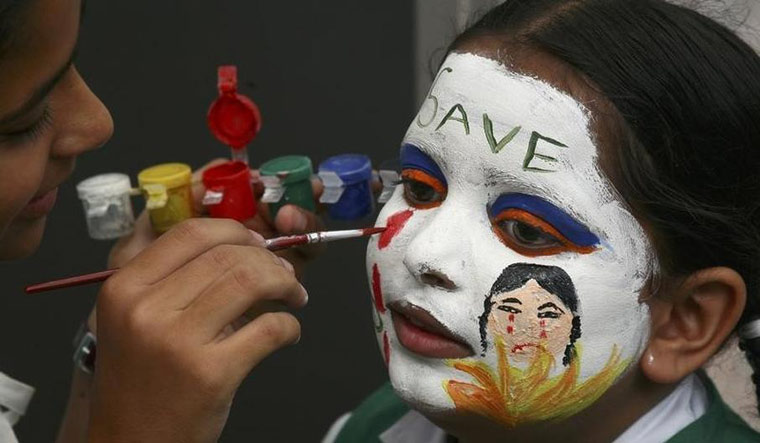 The UNFPA State of World Population Report, 2020, is themed 'Against My Will – Defying the practices that harm women and girls and undermine equality'.

The report has described 'missing females' as those whose numbers are reflected in sex-ratio imbalances at birth as result of gender-biased (pre-natal) sex selection, combined with excess female mortality stemming from post-natal sex-selection.

The main reasons for this situation are son preference and underlying gender inequality along with easy access to technology and global trend towards small family size, the report says.

Experts have blamed the shocking situation in India on deep-rooted patriarchy in the society coupled with a capitalist mindset that allows highly educated people including parents, doctors and technicians to engage in practices that kill girl children before or after birth.

Further the UNFPA report shows that between 2015 and 2020, India lost an average of about 3.6 lakh females to 'excess female deaths' and 5.9 lakh female children to pre-natal sex selection (missing females at birth) every year.

The report also shows that as in 2012, India had the highest rate of excess female mortality at 13.5 per 1000 in the world. This excess was around 11.7 per cent of all deaths of females below five years of age indicating that one in nine such deaths was attributable to post-natal (after-birth) sex selection practices.

Social scientist and developmental feminist activist Kamla Bhasin says that the situation clearly arises out of patriarchal and capitalist mindset that is prevalent in the country. “It should be shocking but it isn't that; while 5 lakh COVID-19 deaths worldwide is causing such a furore, there is not a word from the streets to the parliaments on 460 lakh deaths of girls in the country, which is intentional,” Bhasin says.

She says that when in 1990s a huge movement was launched on sex-selection practices and led to formulation of stringent law (Pre-conception & Pre-Natal Diagnostic Techniques Act, 1994), there was a feeling that with increase in education levels, things will change. “But look at the situation now. The more educated and more affluent are the ones who are engaging in this practice and it is simply because of the patriarchal mindset that property cannot go to the daughter and daughter is a burden. They will not think about killing their daughters, but they do not have the courage to oppose the dowry system and thus daughters continue to be a burden. In contrast, bride-price is to be paid in tribal areas and daughters are no burden at all, so the sex ratio is balanced,” she says.

As for capitalist mindset, she says, sex-selection techniques were made easily and illegally available by highly educated doctors and technicians simply for the lure of big money. At present, mobile sex-determination labs operate blatantly in rural areas too.

The social scientist adds that the 'Beti Bachao' slogan and campaign of the central government is the most shameful because it suggests that daughters are to be 'saved' not from China or Pakistan but from their own parents.