Armed or unarmed, Indian Army Ghatak commandos will be ready for China 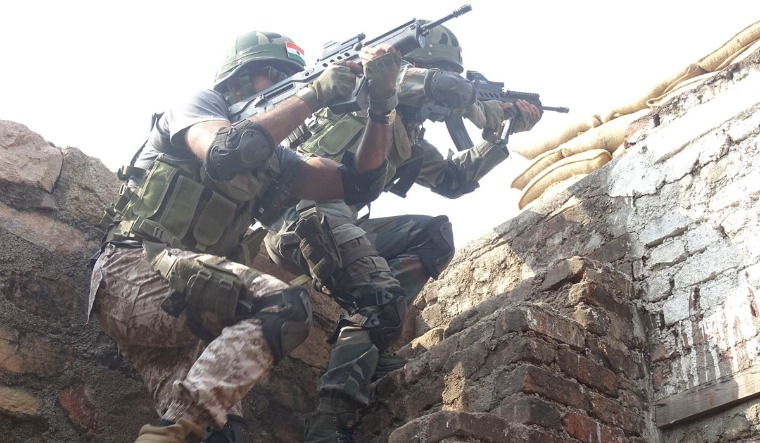 Chinese state media reported over the weekend that the People's Liberation Army had sent martial arts experts to Ladakh before the clash with the Indian Army at Galwan on June 15.

News agency AFP reported that members of a mixed martial arts club "presented themselves for inspection at Lhasa on June 15". AFP also reported that a Chinese military commander had claimed the martial arts experts would "greatly raise the organisation and mobilisation strength" of troops and their “rapid response and support ability".

Before the deadly clash at Galwan on June 15, the Indian and Chinese armies had engaged in unarmed clashes and stone-pelting on two occasions in May, resulting in injuries on both sides. The announcement by Chinese media over the weekend on the deployment of the martial arts experts was interpreted as a message that the PLA would not shy away from more localised clashes.

The Indian Army has, reportedly, responded to the claims of martial arts training for the PLA by stating that it had deployed its Ghatak commandos. The Ghatak commandos are a specialised platoon that every infantry battalion of the Indian Army has. Members of the Ghatak force receiving a higher level of training in armed and unarmed combat compared with regular infantry personnel.

The Ghatak commandos are considered to be the 'tip' of the spear of an infantry battalion and lead assaults on protected enemy positions and strategic facilities like airfields and artillery sites.

The fittest personnel from an infantry unit are selected for training to become Ghatak commandos. These personnel undergo an intensive 43-day course at the Indian Army’s commando school in Belgaum, Karnataka. The strenuous physical exercises in the course include running tens of kilometres with 35kg of weapons and supplies as well as a focus on unarmed combat.

It must be noted that the Ghatak commandos are not classified as ‘special forces’ personnel, who are qualified for parachute jumps and receive specialised training in a variety of domains. However, the Ghatak commandos have played key roles in a number of Army operations in recent years.

In December 2017, Ghatak commandos of Poonch Brigade crossed the Line of Control and inflicted casualties on Pakistani Army personnel to retaliate against the killing of four Indian personnel.

In fact, Gurtej Singh, one of the 20 Indian soldiers who died in the Galwan clash, was a Ghatak commando. Gurtej, who belonged to 3 Punjab unit, was credited with killing several Chinese soldiers in the clash before breathing his last.