'Was it a quid pro quo?': BJP steps up attack on Congress over Chinese donation for RGF

The war of words between the two parties escalates 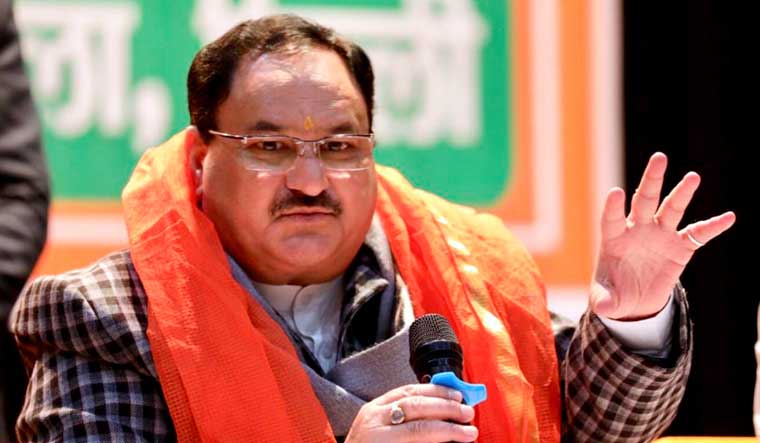 The BJP on Saturday intensified its attack on the Congress, alleging that the opposition party had compromised country's interests by accepting payments from China. The ruling party questioned whether the payments received by the Gandhi family-run trusts were used as a quid pro quo to help the neighbour's business interests.

BJP president J.P. Nadda posed a set of 10 questions to Congress chief Sonia Gandhi on various aspects of the Rajiv Gandhi Foundation, a trust helmed by her.

The 'Unlock 1.0' has also come with the increase in political activities. Both parties have been sparring over a slew of issues—from the management of the COVID-19 crisis in the country to the latest fracas at the border.

The Congress, on its part, questioned Prime Minister Narendra Modi-led government over its handling of the border tensions with China in Ladakh.

“PM should retract his ill-advised misstatements. Otherwise, the Chinese will use his statement to their advantage which will hurt us persuading our friends globally,” Congress leader Kapil Sibal said on Saturday referring to the inconsistencies in the statements of Modi and his cabinet colleagues.

Nadda led the BJP attack for the second day in a row as he raised the issue of funding allegedly received by Rajiv Gandhi Foundation.

“Indian Army is fully capable to protect the country. Similarly, under the leadership of PM Modi, the country is equipped to handle the COVID-19 crisis. Sonia Gandhi should answer for the sins and deeds of the Gandhi family,” Nadda said.

Nadda asked the Congress to explain why RGF accepted donations from fugitive businessman Mehul Choksi, accused in the PNB scam. Nadda focussed his attack on the RGF's financial dealings, asking whether they were used as quid pro quo.

“Rajiv Gandhi Foundation received donations from Chinese Embassy from 2005 to 2009. It received donations from tax havens of Luxembourg between 2006 to 2009. What transpired between the Congress and the China authorities? What was the hurry to commit to East Asia FTA, now called RCEP? Prime Minister Narendra Modi pulled out of negotiations, saying RCEP was not in favour of the Indian farmers and businessmen,” Nadda said.

“During this time, India's trade deficit rose many times from USD 1.1 billion to USD 36.2 billion. Was it a quid pro quo by giving money to RGF, and allowing China to trade with India?”

Nadda also asked the Congress chief to speak on her party's relation with the China Communist Party, and on the relation the RGF had with and China Association for International Friendly Contact, a vehicle used by China Army to infiltrate and to influence voices of the other countries.

He reiterated his allegation that the RGF had received funds from the PM National Relief Fund. “Our countrymen want to know why the money was transferred. What was the intent? Was the Manmohan Singh government there to help the Gandhi family or the country's poor?”

Nadda also questioned why RGF finances were not audited by the CAG or open to RTI. “RGF also gave dodgy donations. Who were the beneficiaries,?,”Nadda questioned.

The Congress countered the BJP's charges saying that it should stop diverting attention from China by raising baseless allegations. “Why was government silent on nefarious designs of  China?,” the Congress asked.