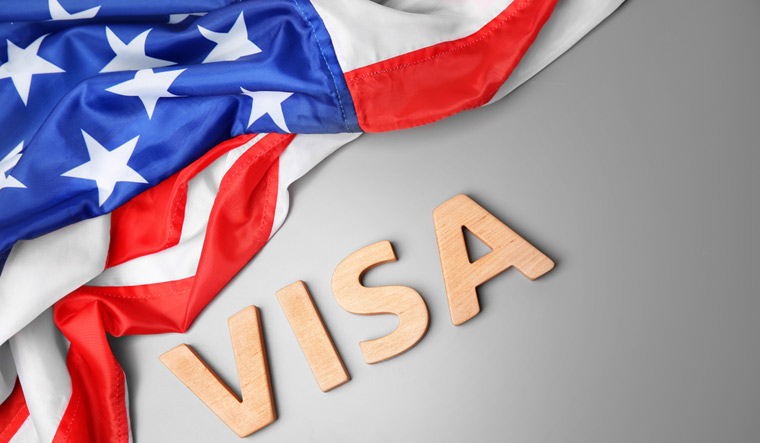 India is “assessing’’ the impact of US President Donald Trump’s move to suspend certain categories of work visas—including H-1B—till the end of the year on Indian nationals with stakeholders. The Ministry of External Affairs said that the people-to-people links and trade and economic cooperation, especially in technology and innovation sectors, are important aspects of the Indo-US relationship.

“High-skilled Indian professionals bring important skill sets, bridge technological gaps and impart a competitive edge to the US economy,’’ said Anurag Shrivastava, spokesperson of the MEA, in a virtual briefing on Thursday. “They have also been a critical component of the workforce that is at the forefront of providing COVID-19 related assistance in key sectors, including health, information technology and financial services,’’ he added.

Shrivastava said the US has always welcomed talent and India hopes its professionals will continue to be welcomed in the US in the future.

This is the first official statement by the MEA on Trump’s move which has been widely criticised by companies. Sundar Pichai, of Google, among others, has come out to slam Trump’s decision. The visa ban also puts into jeopardy the spouse visas. While the visa issue has been an emotive one for India, over the past few years, the visa regime has become less liberal.

The MEA has reiterated its position on the continued and increased Chinese propaganda on Galwan Valley. It has also tried to provide a reason for the violent clash.

“The incidents and face-offs along the LAC (Line of Actual Control) need to be understood in the larger context of recent developments,’’ said Srivastava. “At the heart of the matter is that since early May, the Chinese side has been amassing a large contingent of troops and armaments along the LAC. This is not in accordance with the provisions of our various bilateral agreements, especially the key 1993 Agreement on the Maintenance of Peace and Tranquility along the Line of Actual Control in the India-China Border Areas,’’ he said.

The agreement provided that the “military forces’’ in the areas along the LAC would be “to a minimum level compatible with friendly and good neighbourly relations between the two countries’’, Srivastava said. “Obviously, the Indian side had to undertake counter deployments and the resulting tension has thereafter expressed itself,’’ he said.

This is the first official admission—by the MEA—of growing Chinese aggression in the area. It also admitted—and corroborated what reports suggest—that China has been building up infrastructure and troops. Stating that Indian troops are fully familiar with the alignment of the LAC in all sectors of the India-China border areas and that they abide scrupulously by it, Srivastava emphasised that India has “never attempted to unilaterally change the status quo.’’

This has from time to time led to face-offs. “Over many years, both sides have developed patterns of patrolling and it is reasonable expectation that patrols will not be obstructed in the discharge of their legitimate duties. Unfortunately, we have experienced in the last many years obstruction to patrolling that often accompany efforts to unilaterally change the status quo,’’ he added.

Hinting that China still had not backed down—as suggested by news reports—Srivastava said: “The deployment of large body of troops and changes in behaviour have also been aggravated by unjustified and untenable claims. The recent shift in the Chinese position on Galwan Valley is one example.’’

However, the Working Mechanism for Consultation & Coordination on India-China Border Affairs (WMCC) held on Thursday was “significant’’, he noted.  “A continuation of the current situation would only vitiate the atmosphere for the development of the relationship,’’ he said.