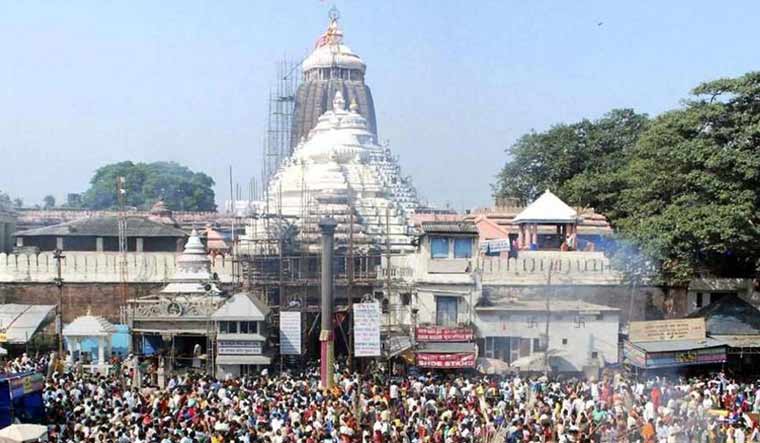 The Centre on Monday told the Supreme Court that the historic Lord Jagannath's Rath Yatra in Puri can be allowed to be held this year without public participation in view of the coronavirus pandemic. "The tradition of centuries may not be stopped," the Centre said, while seeking modification of the apex court's June 18 order staying the yatra.

"It is a matter of faith for crores. If Lord Jagannath will not come out tomorrow, he cannot come out for 12 years as per traditions," Solicitor General Tushar Mehta, who mentioned the matter before a bench headed by Justice Arun Mishra, said. The state government can impose curfew for a day, Mehta said. The Odisha government also supported the Centre's stand in the apex court, which is likely to hear the modification plea during the day itself.

In response, Supreme Court CJI S.A. Bobde has set up a three-judge bench to hear pleas on Monday for holding of Puri Rath Yatra.

The Puri Rath Yatra is attended by lakhs of people from across the world and is scheduled from June 23.

The apex court had on June 18 said that in the interest of public health and safety of citizens, this year's Rath Yatra, cannot be allowed and that "Lord Jagannath won't forgive us if we allow" it.

A day after the order was passed, some applications were filed in the top court seeking recall and modification of its order. The modification applications filed earlier were already listed on Monday before a single-judge bench of Justice S. Ravindra Bhat.

These applications, including the one filed by 'Jagannath Sanskruti Jana Jagarana Manch', have urged the court to allow the Rath Yatra.

While the Rath Yatra festival, held over 10-12 days with lakhs of people participating, was scheduled for June 23, the 'Bahuda Jatra' (return car festival) was fixed for July 1. Three heavily-built wooden chariots of Lord Jagannath, Lord Balabhadra and Devi Subhadra are traditionally pulled by thousands of devotees over a distance of three kilometres twice during the nine-day festival of the Trinity at Puri.

The application filed by 'Jagannath Sanskruti Jana Jagarana Manch' has sought modification of the June 18 order, saying the festival is deeply associated with the religious beliefs of millions of devotees of Lord Jagannath and it is "not impossible and impracticable" for the state and district administration to conduct the yatra by maintaining social distancing and following the Centre's guidelines.

Besides this, a separate application seeking modification of the June 18 order has been filed by one Aftab Hossen, who has said that "as per the ritual of Lord Jagannath, the Rath Yatra is performed every year and if one year it is not performed, same cannot be performed for the next 12 years".

Hossen, while urging the apex court to modify its order and allow the Rath Yatra, has said in his application that restraining the Rath Yatra this year would practically mean restraining it for the next 12 years and this could create "great repercussion and chaos" in the Lord Jagannath culture and rituals.

In its separate application, the 'Jagannath Sanskruti Jana Jagarana Manch' has said that as per the earlier direction of the Orissa High Court as well as decision of the state government, 372 people were engaged in the construction of three raths/chariots for more than one-and-half months and all were isolated, tested and found COVID-19 negative.

The top court's June 18 order had came on a PIL filed by an Odisha-based NGO seeking cancellation or postponement of this year's yatra.

Two pleas were filed in the apex court seeking cancellation or postponement of the historic yatra.

Besides the PIL filed by NGO 'Odisha Vikas Parishad', seeking stay on holding of the annual festival, an appeal has been filed by one Surendra Panigrahi of 'Bhartiya Bikash Parishad' against the Orissa High Court order of June 9, which had asked the state government to decide on holding the yatra in line with the COVID-19 guidelines.