The decision comes days after the Galwan Valley clash 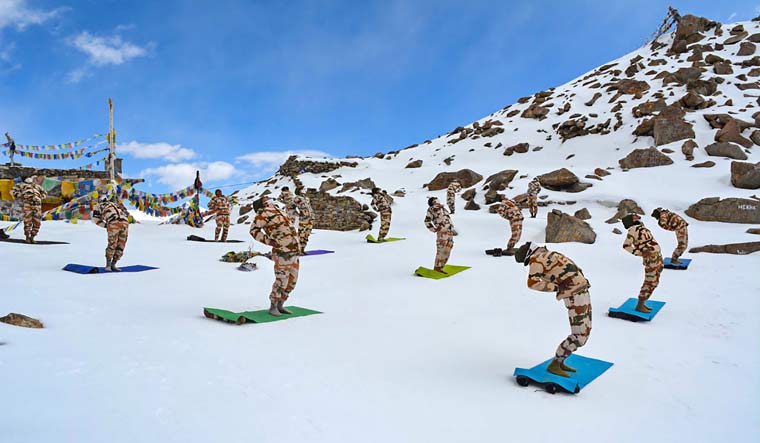 Days after the deadly clash between Indian and Chinese troops at Galwan Valley in eastern Ladakh, the government has changed the decades-old rule of engagement along the Line of Actual Control (LAC).

The ground commanders of the Army have been allowed to use firearms in "rare" cases, in a departure from the previous understanding between the two militaries to not resort to gun power in face-offs, PTI reported on Sunday.

Defence Minister Rajnath Singh has already directed the Army, the Indian Navy and the Indian Air Force to enhance their operational readiness along the LAC, the 3,500 km de-facto border between India and China, amid fears of fresh confrontation.

Singh told the top military officers to maintain a strict vigil on Chinese activities around the land border, the airspace and in strategic sea lanes.

India has already mobilised fighter jets and sent thousands of additional troops to forward locations along the border with China after 20 Indian Army personnel were killed in a brutal attack by Chinese military in eastern Ladakh's Galwan Valley on June 15.

Meanwhile, the government has also granted the three services emergency financial powers of up to Rs 500 crore per procurement project to buy ammunition and weapons. The special financial powers have been given to the forces to procure weapons and military hardware at short notice to enhance their operational preparedness along the LAC.

The clash in Galwan Valley was the worst cross border confrontation between the two sides in 45 years. China's People's Liberation Army has not yet talked about the number of casualties it suffered.

The Chinese soldiers used stones, nail-studded sticks, iron rods and clubs in carrying out brutal attacks on Indian soldiers after they protested the erection of a surveillance post by China on the Indian side of the LAC in Galwan.

The clash in Galwan Valley significantly frayed ties between the two countries, with Prime Minister Narendra Modi sending a strong message to China that "India wants peace but if provoked, India is capable of giving a befitting reply".