In 1962 war, Galwan Valley was a flashpoint. Why is China now claiming sovereignty over it? 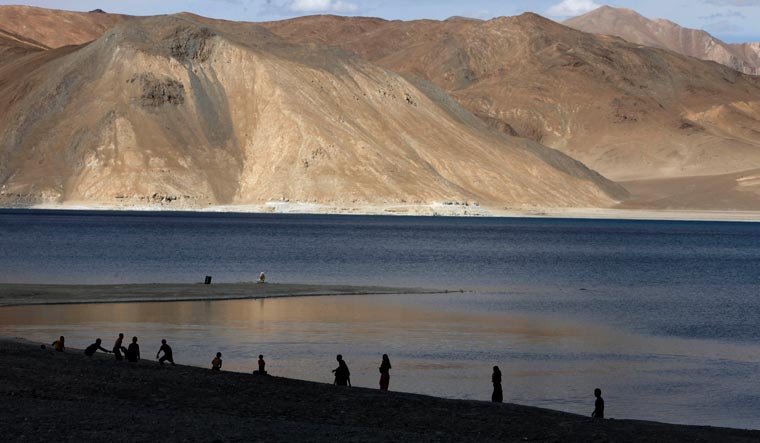 For the first time since 1975, casualties were reported along the Sino-Indian border, as 20 Indian Army personnel, including a colonel, were killed in a clash with Chinese troops in the Galwan Valley in eastern Ladakh. This is the biggest military confrontation in over five decades that has significantly escalated the already volatile border standoff in the region.

The Army initially said on Tuesday that an officer and two soldiers were killed. But, in a late evening statement, it revised the figure to 20, saying 17 others who "were critically injured in the line of duty and exposed to sub-zero temperatures at the standoff location succumbed to their injuries". There is no official information yet on the number of Chinese fatalities.

A large number of Indian and Chinese troops have been engaged in an eyeball-to-eyeball situation in Galwan Valley and certain other areas of eastern Ladakh for the last five weeks, including in Pangong Tso, Galwan Valley, Demchok and Daulat Beg Oldie in eastern Ladakh.

It seems the Galwan River Valley is once again destined to become a flashpoint in the Sino-Indian relations. In its signature "two steps forward, one step back" expansionist military policy, China is now claiming sovereignty over the strategically important valley. China's official media on Tuesday quoted the Chinese military as claiming that it "always" owned sovereignty over the Galwan Valley region and alleged that "provocative attacks" launched by the Indian troops resulted in "severe clashes and casualties". In its first reaction on Monday's clashes between the two militaries at the Galwan Valley in Eastern Ladakh, a statement quoting the People's Liberation Army (PLA) Western Theatre Command Spokesperson Colonel Zhang Shuili said, "China always owns sovereignty over the Galwan Valley region."

Why the Galwan Valley, and what is its military and historic significance?

The Galwan River Valley situated in the Sub Sector North (SSN) is considered a point of great strategic importance for both India and China. The river is believed to be named after Ghulam Rasool Galwan, an explorer from Leh, who, while leading a British expedition moving north of the Chang Chenmo valley, first discovered the path leading to the river. Indian construction activities, including that of a bridge across Shyok river, and the 255km Darbuk-Shyok-DBO road which will provide a crucial connect between Leh and Daulat Beg Oldie (an advanced landing ground that lies quite close to the Line of Actual Control (LAC) with China), have irked the Chinese.

The ridgeline of the Galwan Valley gives a strategic fillip over the road; the valley is also an important connecting tissue with Chinese-controlled Aksai Chin. To put it simply, China fears India converging into Aksai Chin plateau (which houses the crucial Xinjiang-Tibet highway pass) through the river valley.

Since 1956, China has advanced its border claim line steadily westward more than three times, eroding Galwan’s status. However, interestingly, post-1962, there have been no military face-offs vis-a-vis the region. That is, until now. In 1962, a stand-off at Galwan was one of the biggest sparks of the Sino-Indian war.

Multiple accounts have recorded the incident at Galwan as a flashpoint in the 1962 war. In the events leading up to the conflict, then PM Jawaharlal Nehru was convinced of the need to fortify Galwan Valley and dispatched troops accordingly. According to Shiv Kunal Verma’s 1962: The War that Wasn’t, on July 6, 1962, a Chinese military platoon came across a Gorkha regiment firmly entrenched in the upper reaches of Galwan Valley, cutting them off from Samzungling posts in the lower reaches. By nightfall of July 10, more than 300 Chinese soldiers encircled the Gorkhas who held their ground under Naik Subedar Jung Bahadur Gurung. According to Srinath Raghavan’s War and Peace in Modern India, the Chinese People’s Daily carried a headline: “The Indian Government Should Rein in on the Brink of the Precipice”, while the MEA warned China of “grave consequences”; on July 13, orders were issued to the Gorkha regiment to fire if the Chinese crept ahead.

Meanwhile, India and China engaged in a war of protest notes.

On July 23, Peking (later Beijing) sent out a protest note, which THE WEEK has accessed from an archive: According to reports from frontier guards in Sinkiang, China, there occurred recently another two serious cases of Indian troops intruding into Chinese territory and firing provocatively at Chinese frontier guards:

(2) Several dozens of Indian troops intruded recently into Chinese territory south of the Galwan River and reached a place at approximately 34° 34.5' N, 78° 35.5' E where they attempted to entrench themselves permanently. At 17.35 hours on July 19, 1962 the said Indian troops unwarrantedly fired provocatively at a Chinese patrol nearby. The Chinese patrol took no action against the provocation.

If the Chinese frontier guards had not remained cool and exercised self-restraint, the above two new cases of provocation would most probably have led to armed clashes. The Chinese Government hereby lodges a serious protest with the Indian Government against the two cases.

On July 26, the Ministry of External Affairs replied:

The Chinese Government appears to have been misinformed about the facts of the incidents which occurred on 20th July. Their note of 21st July is based on inaccurate reports from their local forces. Full and accurate details of the two incidents that occurred on July 20th have been given by the Government of India in their note of 22nd July, 1962, presented to the Chinese Charge d'Affaires in New Delhi. The Government of India has nothing to add to the facts given in this note.

Tension has been increasing in the past few months on the northwestern frontier of India as a result of the recent establishment of a number of Chinese military posts and the increasing aggressive activities of the Chinese forces in that area. Details of Chinese posts recently established in Indian Territory in the Ladakh region and instances of intensive and aggressive patrolling in this area have been given in the notes presented by this Government on 14th May, 6th June, 16th June, 6th, 10th, 12th and 14th July, 1962. These notes had also drawn the attention of the Chinese Government to the dangers of these aggressive activities.

The factual history of the activities of the local Chinese forces in the Ladakh region is, however, not consistent with this desire for settlement by negotiations expressed by the Chinese Government. The local Chinese forces have even in the last few months established several new posts and resorted to aggressive patrolling in Indian areas which lie west of even the 1956 Chinese map claim line which Prime Minister Chou En-lai told Prime Minister of India “correctly shows the traditional boundary between the two countries in this sector".

Starting October 4, Verma writes, 5 Jat’s Alpha company under Major S.S. Hasabnis were flown in to the post via IAF helicopters. “The Gorkhas, having lived cheek by jowl with the Chinese for more than two months, were ferried out by returning Mi-4 helicopters over the next few days.”

On October 20, the Chinese opened fire at the Galwan post, killing over 36 men, wounding Hasabnis and taking him prisoner. The war had officially begun.

Indian and Chinese reactions to the latest clashes

The Ministry of External Affairs said in New Delhi that the violent face-off between the armies of India and China in eastern Ladakh was the result of an attempt by the Chinese side to unilaterally change the status quo in the region.

"Given its responsible approach to border management, India is very clear that all its activities are always within the Indian side of the LAC. We expect the same of the Chinese side," MEA Spokesperson Anurag Srivastava said in response to media queries on the situation in the western sector of the India-China border.

"We remain firmly convinced of the need for the maintenance of peace and tranquillity in the border areas and the resolution of differences through dialogue," Srivastava said, adding that the casualties could have been avoided if the Chinese side scrupulously followed the agreement arrived at earlier at the higher level. "At the same time, we are also strongly committed to ensuring India's sovereignty and territorial integrity," he added.

China's official media, quoting the Chinese military statement, alleged that the Indian soldiers crossed the LAC and attacked the PLA troops. "The Indian troops have broken their promises and again crossed the line of actual control (LAC) in the Galwan Valley region on Monday evening and purposely launched provocative attacks, leading to severe clashes and casualties," Col. Zhang claimed.