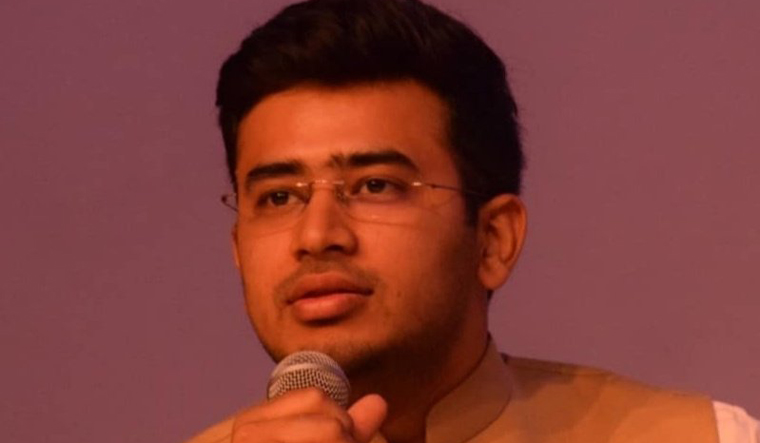 In 2015, the young saffron leader had tweeted: “95% Arab women have never had an orgasm in the last few hundred years! Every mother has produced kids as act of sex and not love." He had defended this tweet then saying he was merely reproducing a quote by Pakistani-Canadian author Tarek Fatah.

The tweet kicked up a storm recently after Emirati businesswoman Noora Al Ghurair called the BJP MP out for his Islamophobia and misogyny.

Now, it appears that the saffron party does not want the past gaffes of Surya and others to cause any trouble for them or for the party in the future. According to a report by The Wire, the Union ministry of electronic and information technology had, last month, asked the social media platform to withhold one of Surya's tweets that linked Islam with terrorists. The tweet reportedly was from the year 2015.

“In short: true, terror has no religion,” the BJP leader had reportedly said in the tweet, adding, “But the terrorist definitely has a religion, and in most cases it’s Islam”.

The Lumen database, which collects and analyses legal complaints and requests for removal of online materials, showed that among the many tweets that were requested to be 'withheld' from viewing in India was an old Tweet from the BJP MP.

Among the many other tweets that were requested to be withheld for viewing in India were those that were published from accounts belonging to right wingers with considerable number of followers, reported The Wire. The request, placed in April 28, 2020, cited section 69A of the Information Technology Act, while seeking the removal of tweets.

According to a News Minute report, BJP national president J.P. Nadda was not happy after the young MP's old tweet on Arab women courted controversy.