US religious freedom body tags India a 'Country of Particular Concern'. What does it mean? 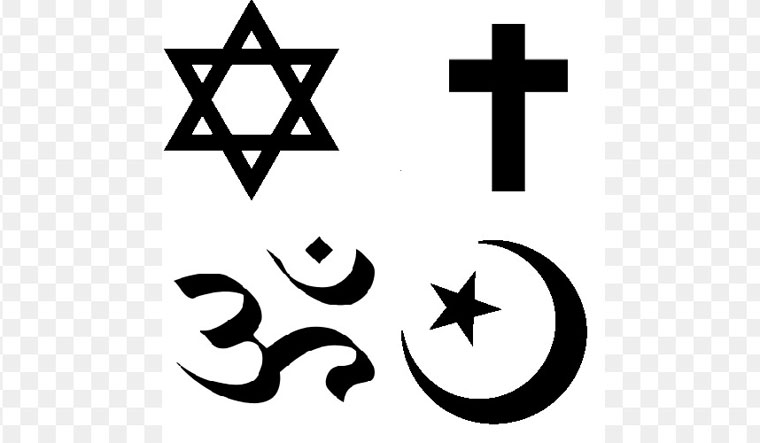 On Wednesday, a US commission mandated to monitor religious freedom globally asked the country's state department to designate India, along with 14 other nations including North Korea, Pakistan, China, Russia and Syria, as "Countries of Particular Concern (CPC)", alleging that religious minorities are under increasing assault in these nations.

The watchdog recommended "targeted sanctions on Indian government agencies and officials responsible for severe violations of religious freedom by freezing those individuals’ assets and/or barring their entry into the United States under human rights-related financial and visa authorities, citing specific religious freedom violations".

India, in turn, rejected the US Commission for International Religious Freedom's (USCIRF) observations, terming them as "biased and tendentious". "We reject the observations on India in the USCIRF Annual Report. Its biased and tendentious comments against India are not new. But, on this occasion, its misrepresentation has reached new levels," External Affairs Ministry Spokesperson Anurag Srivastava said in a statement in New Delhi. "It has not been able to carry its own commissioners in its endeavour [some USCIRF members had dissented to India's designation as a CPC]. We regard it as an organisation of particular concern and will treat it accordingly," he added.

Traditionally, India does not recognise the view of the USCIRF. For more than a decade, it has denied visas to members of the USCIRF.

What does the report say about India?

The report says that "India took a sharp downward turn in 2019", and goes on to claim that the Centre "instituted national-level policies violating religious freedom across India, especially for Muslims". It criticised the Citizenship (Amendment) Act, saying "this law is meant to provide protection for listed non-Muslim religious communities—but not for Muslims—against exclusion from a nationwide National Register of Citizens and the resulting detention, deportation, and potential statelessness". The report also claimed that the national and various state governments allowed "nationwide campaigns of harassment and violence against religious minorities to continue with impunity, and engaged in and tolerated hate speech and incitement to violence against them".

The report took Home Minister Amit Shah and Uttar Pradesh Chief Minister Yogi Adityanath by name. The report claimed that "Amit Shah referred to migrants as termites to be eradicated" and Yogi "pledged revenge against anti-CAA protestors and stated they should be fed bullets not biryani”.

The watchdog also mentioned about communal riots in Delhi in February 2020, alleging that there were reports of Delhi police, operating under the Home Ministry's authority, failing to halt attacks and even directly participating in the violence.

What is the USCIRF and what does a 'Country of Particular Concern' mean?

Established by the US Government in 1998 after the inaction of the International Religious Freedom Act, recommendations of USCIRF, a "bipartisan religious watchdog", are non-binding to the US state department.

CPCs, according to the USCIRF website, are those countries that "commit systematic, ongoing, and egregious violations of religious freedom". For countries designated as CPCs, USCIRF recommends policy options, including sanctions, to the US state department.

Apart from Tier 1 or CPC, there is a Tier 2 list of countries; India was a part of that list in 2019. In Tier 2 (formerly USCIRF’s Watch List) countries, the USCIRF says "religious freedom conditions do not rise to the statutory level that would mandate a CPC designation, but require close monitoring due to the nature and extent of violations of religious freedom engaged in or tolerated by governments". Tier 2 or the Special Watch List (SWL) countries include: Cuba, Nicaragua, Sudan, Uzbekistan, Afghanistan, Algeria, Azerbaijan, Bahrain, Central African Republic (CAR), Egypt, Indonesia, Iraq, Kazakhstan, Malaysia, and Turkey.

Dissenting notes from members of the USCIRF

Two of the nine members have expressed their dissent over the USCIRF recommendation to place India in the CPC. And, a third member also expressed his personal view on India.

"I must dissent from the decision of my fellow commissioners to recommend India, the world's largest democracy, for designation as a 'country of particular concern', or CPC, placing India in a gallery of rogue nations in which it does not belong," Commissioner Gary L. Bauer wrote in his dissent note.

"India does not belong to the same category as authoritarian regimes like China and North Korea. India is the largest democratic nation in the world, where the CAA has been challenged openly by the opposition Congress Party and lawmakers, civil society, and various groups," said Commissioner Tenzin Dorjee.

In his individual views, Commissioner Johnnie Moore said he is gravely concerned that political and inter-communal strife will be further exacerbated by religious tensions, yet he is also heartened that India remains the world's largest democracy, governed by a pristine constitution, and is also encouraged that this great nation is a tremendous friend and ally of the US.