COVID-19 and the ambit of the Disaster Management Act

The current lockdown has been imposed under the Disaster Management Act, 2005 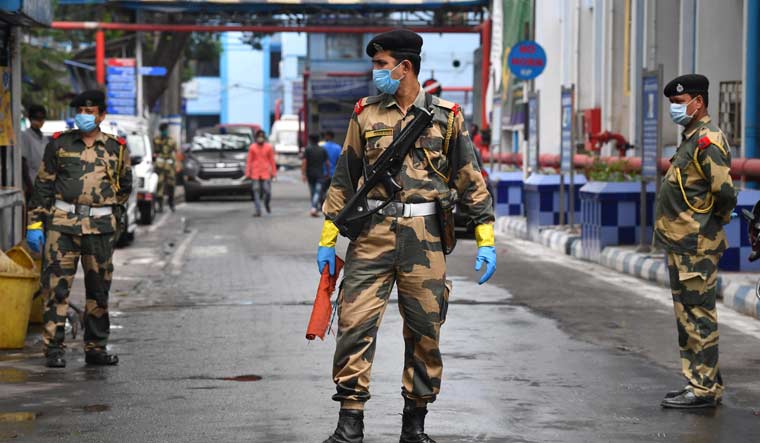 COVID-19 is the first pan India biological disaster being handled by the legal and constitutional institutions of the country. The current lockdown has been imposed under the Disaster Management Act, 2005 (DM Act). Though the Constitution of India is silent on the subject ‘disaster’, the legal basis of the DM Act, is Entry 23, Concurrent List of the Constitution “Social security and social insurance”. Entry 29, Concurrent List “Prevention of the extension from one State to another of infectious or contagious diseases or pests affecting men, animals or plants,” can also be used for specific law making.

Ambit of the Disaster Management Act, 2005

The legislative intent of the DM Act was to, “provide for the effective management of disasters”. The National Disaster Management Authority (NDMA) under the DM Act is the nodal central body for coordinating disaster management, with the Prime Minister as its Chairperson. The NDMA lays down policies, plans and guidelines for management of disaster (S.6). Similarly, State, District and Local level Disaster Management Authorities were established, manned by high functionaries. All these agencies are envisaged to work in coordination.

In order to achieve all these, the prime minister can exercise all powers of NDMA (S 6(3)). This ensures that there is adequate political and constitutional heft behind the decisions made.

The present national lockdown was imposed under DM Act as per Order dated 24-03-2020 of NDMA ‘to take measures for ensuring social distancing so as to prevent the spread of COVID 19’ (S 6(2)(i)). Additional guidelines were issued on the same day by the Ministry of Home Affairs, being the Ministry having administrative control of disaster management (S. 10(2)(l)).

To alleviate social sufferings, NDMA/SDMA are mandated to provide ‘minimum standard of relief’ to disaster affected persons (Ss 12 and 19), including relief in repayment of loans or grant of fresh loans on concessional terms (S. 13).

State governments, in addition to DM Act, have used the Epidemic Diseases Act, 1897and the various state specific Public Health Acts (eg: Tamil Nadu Public Health Act, 1939) to deal with the crisis. Taking cue from the ‘Containment Plan for Large Outbreaks (COVID 19)’ issued by the Union Ministry of Health & Family Welfare which is the Nodal Ministry for biological disaster, several states have issued COVID specific Regulations. Kerala, in addition to the above, invoked legislative power under Entry 6 (Public health and sanitation) of State List and issued ‘Kerala Epidemic Diseases Ordinance, 2020’. Overall, States have also enough legal power in dealing with this biological disaster, including punishments for disobeying order of a public servant and malignant act likely to spread infection of disease dangerous to life (Ss 188 & 270 IPC respectively).

Undoubtedly, India’s large population poses an administrative challenge in dealing with any disasters, especially a pandemic such as COVID-19. However, overall management can be strengthened through three possible ways. Firstly, biological disaster of a national magnitude necessitates a close administrative and political coordination, led by Centre and followed by State governments, Disaster Management Authorities, and other stakeholders. In the true spirit of DM Act and federal structure, national and state political and administrative agencies should be more collaborative and consultative. Issues like movement of migrant labourers, availability of food, arranging livelihoods to daily wagers, relief camps, entitlement of statutory minimum relief, etc. that directly affects millions in the country needs special attention. Incidentally, the ‘Report of the Task Force to review DM Act’2013 suggested that the present structure of various authorities under the DM Act are not conducive for carrying out the tasks it has been mandated to perform.

Secondly, success of effective implementation of the national and state decisions under the DM Act is dependent on its ground level implementation; district administration and local self-government institutions remains the best bet. As per mandate of DM Act (Ss 30 and 41), a concerted effort is required to ensure that these bodies are administratively, politically and financially empowered.

Third and finally, in times such as these, constitutional courts must play its role. There are complaints of discrimination, police excesses, starvation, lack of medical aid etc. from various corners of the country. Pertinently, there is bar on jurisdiction of courts (S 71) and there is no grievance redressal mechanism under DM Act. Having assumed the role of sentinel on the qui vive (State of Madras v. V G Row, 1952), it is obligatory on all the constitutional courts in the country to suo motu register PILs and closely monitor the implementation of DM Act, ensure rule of law and protection of human rights as guaranteed under the Constitution of India.

Professor M.P. Ram Mohan is with IIM Ahmedabad and Jacob P. Alex is an advocate at High Court of Kerala.