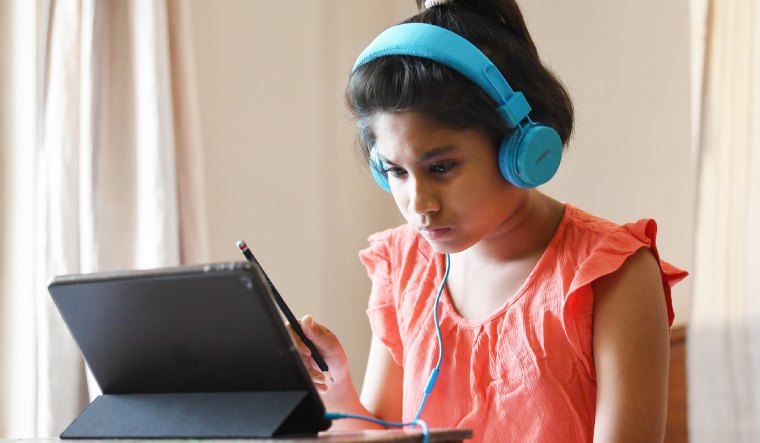 The Uttar Pradesh government is making use of a number of options to deliver online classes for higher education, though experts question the reach and quality of these efforts.

A statement from the state on Friday pointed out, “students studying in different State Universities/Colleges are consistently getting the benefit of online teaching/counselling/training etc... During the lockdown period, 65,943 e-contents have been prepared by teachers of various state universities and colleges across the state. All of the above e-contents are available on the respective university’s/college’s website, which are being continuously accessed by the students in order to complete their course curriculum.”

Such course content is available in PDFs format/PPT presentations and video contents.

Experts, however, question the reach of such training material given that in the country (as per the Telecom Statistics 2018 released by the Economics Research Unit of the Department of Telecom’s Economics Research Unit) in 2018, internet subscribers stood at 483.96 million. This translates into 84.74 per 100 inhabitants in urban India and 16.42 per 100 rural inhabitations. In the same period, the country’s most populous state recorded only 58.54 million subscribers.

Manoj Dixit, the vice chancellor of Ram Manohar Lohia Avadh University (Faizabad) told The Week, “Though this is an immediate response in the face of a crisis, digital learning as a tool is fundamentally faulty. In the initial phases, some level of curiosity and excitement might draw students to it, but long term benefits of it have been questioned even in the most developed countries of the world.”

Experts also question the quality checks involved in vetting the content of various e-learning platforms that have jumped into the fray only because of the new business model which will offer lucrative returns.

“Applications are being downloaded without trials or testing,” warns Dixit.

Subir Shukla, an educationist who works on improving the quality of education systems in the resource poor settings of Asia and Africa, points out that despite its potential, educational technology has not managed to disrupt education in any meaningful manner. “Though there is a feeling that this is ed tech’s moment, 20 years of education technology has not prepared us for this. Many of those who receive such learning might in fact find it overwhelming or too much work to convert ed tech offerings into actual learning.”

One possible solution being tried out at the Ram Manohar Lohia University is a “hybrid model”.

Dixit explains that the starting point for this is sending out messages via sms to students and following this up with links of relevant course material. Student response is encouraged to tailor teaching material accordingly.

Shukla says that one-way teaching has glaring limitations and research has proved that only 0.3 to 0.5 per cent students get around to completing online courses. In Rajasthan, Shukla has been part of an initiative to develop an online ‘Chachi’ (an aunt who can be approached with various questions) and involving village pradhans, Village Education Committees and local influencers to propagate and popularise it. Since April 1, when it was launched, it has seen 5,000+ downloads.

“The idea is to promote learning, not merely push content. Content for its sake can be counter-productive as there is no internalising of it through involvement,” he says.

There is also the larger concern that this immediate reaction to address disrupted sessions will enhance digital divides among students.

And though there seems to be no government planning on how these faults will play out in the longer term, a serious study on its impact is immediately warranted.