The move will hit development works in the country, say parties 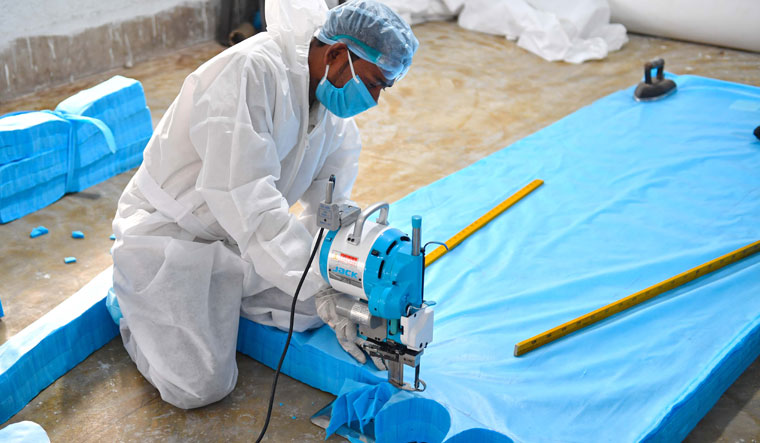 Opposition parties on Monday came down heavily on the government over its decision to suspend MPLADS funds for two years, saying it undermines the role of MPs, who will lose their voice and an instrument to manage distress at the micro level.

Criticising the government for the action, leaders cutting across party lines demanded a review of the decision saying development works in the country would suffer.

The Congress,left parties, TMC and some others were in the forefront of this attack on the government, which is set to garner around Rs 7,900 crore through the decision.

The Members of Parliament Local Area Development Scheme was formulated in December 1993 and enables the MPs to recommend developmental work in their constituencies.

Under the scheme, each MP has the choice to suggest to the district collector developmental works of Rs 5 crore per year in his/her constituency.Initially, this scheme was administered by Ministry of Rural Development but in October 1994 the Ministry of Statistics and Programme Implementation started monitoring it.

On Monday, the Union Cabinet gave its nod to government's decision to suspend MPLADS scheme for two years.Rs 10 crore from each MPLAD fund will now go to the Consolidated Fund and the decision has been taken in view of the coronavirus pandemic.

Congress chief spokesperson Randeep Surjewala said MPLADS fund is not the personal fund of MPs. This money is for natural calamities and for fighting against diseases like COVID-19 at the local level at the discretion of the MPs, he said.

"If this money is finished, then this will have a direct negative impact on the people of the MP's area and people of the country will lose out. If the country's MPs lose their voice, then how will the Parliament function effectively. Hence, this needs to be restored,"he said.

"Dear PM, INC supports the salary cut for MP's! Please note that MPLAD is meant to execute developmental works in the constituency. Suspending it is a huge disservice to the constituents and will undermine therole and functions of MP," Surjewala tweeted.

Congress MP Jairam Ramesh, however, went against the party line saying, "I welcome the decision on MPLADS. I have been arguing for long that the approximately Rs 7,000 crore given to MPs and MLAs annually fordevelopment works should be used as a corpus for State funding of elections."

CPI-M general secretary Sitaram Yechury said by taking away MPLADS fund, the government is taking away the expenditure that could take care of the needs of the area and this centralisation goes against federalism.

"Transfer of money to Consolidated Fund of India, instead of being directed towards fighting COVID19, shows that it is a measure to deal with the economic destruction caused in last 6 years. There is enough evidence that COVID19 is best fought at the state and local level," Yechury said.

"If there's no money with the government, why doesn't it abandon the Central Vista project in Delhi? Does it deserve a higher priority than lives of lakhs of Indians? BJP has abundant funds from opaque electoral bonds, why isn't it transferring it all to the govt during this crisis," he said.

Trinamool Congress said the government decision was arbitrary and whimsicalas it has enough money to tackle COVID-19.

"The decision to temporarily suspend the MPLAD is arbitrary and whimsical.We are opposing it," Roy, a veteran parliamentarian, said.

Congress leaders Manish Tewari and Shashi Tharoor urged the prime minister to reconsider the decision. Tewari said this seems to be a knee-jerk reaction.

"Suspension of MPLADS is a bit of an overstretch. At this time of grave humanitarian distress that will get only worse in the months ahead. MPLADS is a targeted and nimble instrument to customise micro level interventions to alleviate distress. It is something that is required.

"Please re-think it once again. It is a knee jerk reaction much like the lockdown at a 4 hour notice.It will hurt poor most," he said adding that this will not help the battle against COVID-19 but harm it.

Tharoor in a letter to PM expressed concern.

"As I am sure you will agree, by design, the MPLADS has traditionally been utilised to address and remedy gaps in our governance initiatives that may have been overlooked by the state and central government in their announcements of major development projects," Tharoor said.

"By removing the resources at their (MPs) disposal to make critical interventions and bringing them under the ambit of the Consolidated Fund of India, it would centralise the allocation of funds, in turn,potentially leading to significant delays in the devolution of funds.MPLADS preserved the sense of direct responsibility for thewell-being of constituents that is a hallmark of an Indian MPs work,"he said.

Congress whip in Lok Sabha Manickam Tagore. I welcome the government's decision to cut MP's salaries by 30 percent. However, suspending #MPLAD funds for two years is problematic &amp; must be reconsidered.MPLAD is crucial for every constituency's development needs. MPs have, and will, use this to fight #coronavirus, on a need-basis.