Maharashtra faces shortage of blood supply due to COVID-19 scare

The shortage is being felt across India 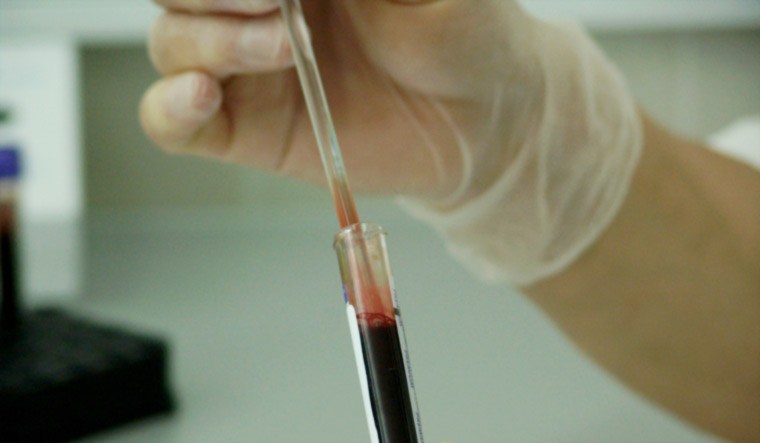 Blood donation camps have completely stopped owing to the total lockdown in the country, resulting in an acute shortage of blood supply in Maharashtra.

On Friday, Chief Minister Uddhav Thackeray and state Health Minister Rajesh Tope asked the administration to hold blood donation camps while keeping in mind social distancing, and urged people to donate blood as blood banks in the state are likely to face a severe shortage of supply.

The supply of blood is essential for carrying out life-saving surgeries as well as for patients suffering from diseases such as Thalassemia, an inherited blood disorder in which the patient requires frequent blood transfusions to stay alive. As per the State Blood Transfusion Council, the existing stock of blood is enough to last only till the next week, Tope said.

The shortage is being felt across India. According to Atul Gera from the Jharkhand Thalassemia Foundation, on March 26, only four units of blood got collected in the in-house camp at Saradar Hospital Blood Bank in Ranchi even as over 200 thalassemic children were due for their transfusion.

However, some private hospitals have not yet felt the scarcity and are hoping that the supply will be reinstated, with the government urging people to go to blood banks and donate blood amidst the coronavirus scare. "The authorities are all taking adequate measures to ensure that full sanitisation and hygiene is maintained at the location of blood donation, be it the blood bank or a donation camp. People are being urged to come forward to donate. As of now, we have not received any intimation from the hospital management regarding shortage of blood supply. Also, as per protocol, all planned surgeries, which are not urgent have been postponed," said Dr. Pranay Shah, obstetrician, gynecologist and laparoscopic surgeon, Bhatia hospital, Mumbai.

Last week, Mumbai's Jaslok hospital conducted a blood donation drive within the hospital premises where a number of its employees donated blood to keep the supply going.

At the Tata Memorial hospital, where a number of cancer surgeries take place on a daily basis, blood supply is "adequate at present," says Dr. S.B. Rajadhyaksha, professor and head of department, transfusion medicine, Tata Memorial Hospital and member of the governing body of State Blood Transfusion Council (SBTC). "The authorities in Maharashtra have proactively and aggressively been exhorting people to donate blood at blood banks, across Marathi television channels and social media. Given that the donors are worried about going to the camps fearing the transmission of coronavirus, all measures have been taken by the SBTC to give guidelines to blood banks on how to conduct camps and make sure there is no stone unturned in ensuring complete hygiene and sanitisation. At Tata, we have enough blood supply as we have been collecting it since the past weeks. As a city too, Mumbai has enough blood supply that will last it well into the coming three weeks to one month given that people are volunteering to come and donate blood. Also given that the planned surgeries have been postponed, the number of patients requiring blood has also proportionately gone down."

The GT Hospital Blood Bank organised a donation camp on March 28 in which over 25 people donated blood and this will be used by the hospital for the coming month. "Most of the surgeries have been cancelled. So the amount of blood we collected through the donation camp will last us well into the next one month. We might arrange one or two more blood donation camps in the coming days. We took all the measures as per the guidelines issued and people have given a positive response," said Anand Sitab, medical social worker at GT hospital in Mumbai.

Authorities are allowing people to commute smoothly to blood banks and donation camps and while returning home, all one need do is produce the certificate proving donation of blood, so as to travel back home safe with no questions asked.