UP: Journalist who wrote on dalits forced to eat grass served notice

The incident was reported from the PM's constituency of Varanasi 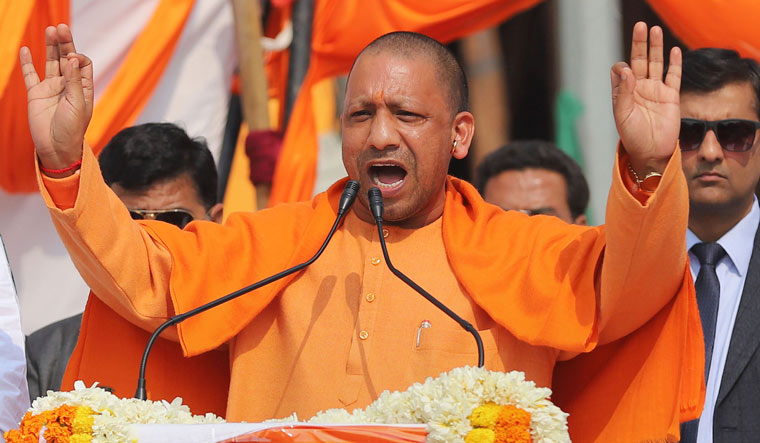 The journalist who wrote about members of the Musahar community eating grass in villages around the prime minister’s parliamentary constituency Varanasi has been served a notice by the district administration for spreading misinformation. Vijay Vineet, news editor of Jansandesh time, a 16-page newspaper which has five editions in the state, had filed a report with his colleague Manish Mishra about families in Koiripur village (Baragaon block) subsisting on the grass on March 26. The report was accompanied by pictures of children eating grass. This was shared widely on social media inviting criticism of the government.

Vineet told THE WEEK that he was first issued a notice by WhatsApp and then the police came to deliver the notice to his residence. Issued by the district magistrate (DM), the notice calls for clarification within 24 hours and says that the misinformation spread by the journalists is liable to cause panic in these sensitive times. “An investigative team appointed by the administration has taken samples of the grass which is actually of 'akhri daal', reads the notice. This is a kind of wild pulse that grows in fields of wheat. Kaushal Raj Sharma, the District Magistrate of Varanasi followed the notice up by circulating pictures of himself eating the grass with his so-- to prove that it was fit for human consumption.

Vineet said, “I had spoken to agriculture experts in the Benaras Hindu University, who told me that the grass was not fit for human consumption and even if eaten in excess by cattle, it would lead to diarrhoea”. This morning’s edition of the newspaper carried the administration’s version, as demanded, and also an expert-speak on the grass. The Musahars, are in the best of times, one of the country’s poorest communities. Their name itself is a rough translation of ‘rat eaters’, an indication of their deprivation. In UP, they live in eastern areas of the state and spill over to Bihar where they are designated as mahadalits, a category of the weakest, most vulnerable communities with low levels of income and life expectancy, almost no assets with high levels of starvation and poverty.

The lockdown has worsened their plight as most of them are daily wage earners working in the agricultural fields of others or in brick kilns. Ajay Patel, Varanasi-based founder chairperson of the Red Brigade Trust, Lucknow told THE WEEK, that he had visited the homes of some Musahar families in Chitrasenpur village (Sewapuri block) on Friday morning to assess their situation “Many of them have been without food the past two days. They live on the land which is not allotted to them in temporary shelters. There is no source of water near them. With the COVID19 scare, they cannot access hand-pumps in neighbouring villages either.” Patel has been working with the community since 2002.

Though most Musahar families have below poverty line ration cards that entitle them to 35 kilograms of food grains, large family sizes mean the food does not last for very long. Vineet meanwhile said he would bring the issue to wide public notice. "The DM is a well-meaning man but he should not have given a certificate saying that the grass is fit for human consumption. it is a violation of child rights to make his child eat that grass", he said.  “I will write the chief justice of the High Court and the Supreme Court”, he added.