The person has been hospitalised. Condition of all three are improving 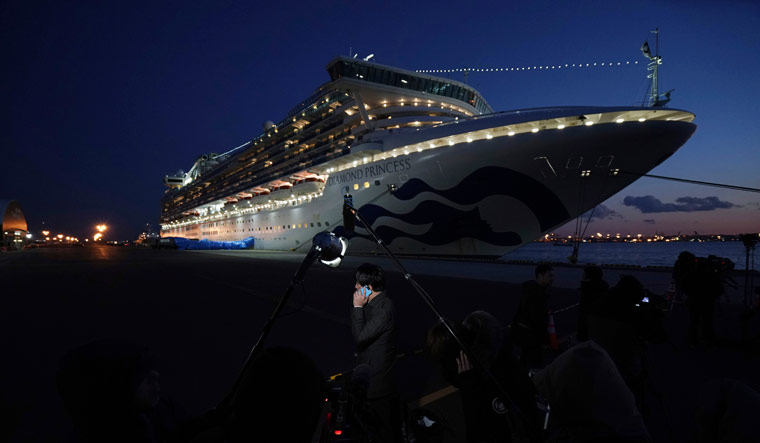 The Diamond Princess cruise ship at the Yokohama Port in Yokohama, Japan | AP

A third Indian aboard the quarantined Diamond Princess docked at Japan has been tested positive for novel coronavirus.

Of the 138 Indians on-board, two were tested positive for novel coronavirus on Thursday.

"The Embassy of India in Tokyo has been in constant contact with the relevant Japanese authorities to ensure welfare of Indian nationals on-board the ship as well as the possibility of their early disembarkation, in case they are not found to have tested positive for nCoV. Japanese authorities have confirmed that they are following the designated health protocols", the embassy had stated in a press release.

The quarantine is due to end on February 19 and those on the ship have been mostly confined to their cabins and asked to wear masks and keep their distance from other passengers during brief outings on open deck. Crew on board have expressed concern that their conditions—including shared cabins, bathrooms and workspaces— put them at greater risk of contracting the virus.