Bengal Governor irked over not being invited to varsity convocation

'Chancellor, who has right to preside, has just no information!' Dhankhar tweeted 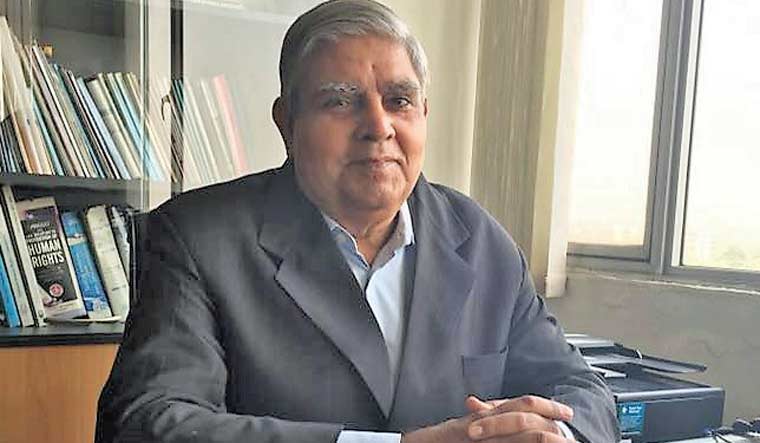 In yet another face-off between Raj Bhavan and the state government, West Bengal Governor Jagdeep Dhankhar on Wednesday lamented at not getting an invite to the convocation ceremony of a state university, while many ministers were called for the annual event.

Dhankhar, who is also the chancellor of the state universities, said he has "no information" about the third convocation programme of the Cooch Behar Panchanan Barma University in north Bengal on Friday, though he has the "right to preside" over the function of the institute.

"Cooch Behar Panchanan Barma University Convocation will be held on Feb 14. Ministers Partha Chatterjee, Goutam Deb, Rabindra Nath Ghosh and Binay Krishna Barman are invited for the Convocation. Chancellor, who has right to preside, has just no information! Where are we heading!" the governor tweeted.

The invitation card for the programme did not have the chancellor's name.

Dhankhar has had frequent run-ins with the TMC government over a host of issues, since assuming charge as the governor of the state.

The state government had recently passed the West Bengal Universities and College (Administration and Regulation) Act, 2017 in which the VCs are required to talk to the higher education department for any important academic issue and not the chancellor.

On several occasions in the past, the governor had expressed his unhappiness about the state government's treatment meted out to him.

Dhankhar, after being stopped from attending the annual convocation of Jadavpur University in December last year, had said "there is a policy paralysis. Universities are in captivity and caged by the state government".

He had convened a meeting of vice chancellors on January 13 following the incident.

No state university vice-chancellor turned up at Raj Bhavan for the meeting.

The governor, recently, courted controversy by saying that he might add or omit portions of the written speech, prepared by the state government, for his address to the assembly at the beginning of the budget session on February 7.

However, he stuck to the speech approved by the state government.