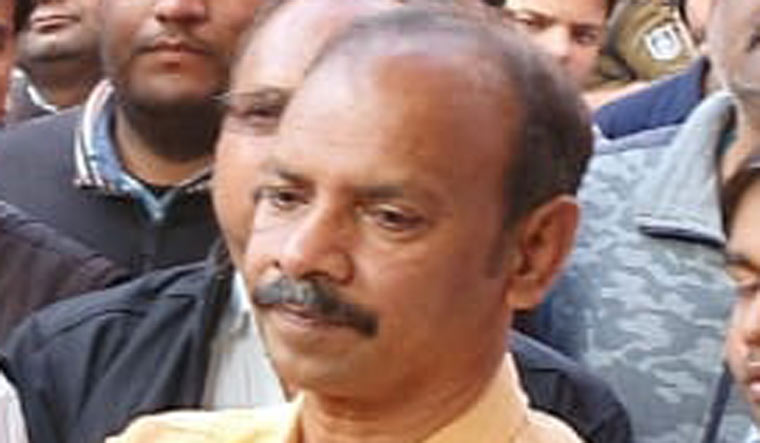 A sub-divisional magistrate (SDM) in Chhatarpur district of Madhya Pradesh was arrested for conspiring and staging an attack on his own office and official vehicle.

State secretary of BJP minority cell, Javed Akhtar, has also been arrested in the case, additional superintendent of police of Chhatarpur, Jairaj Kuber, who led the probe, told THE WEEK.

The SDM’s office and official vehicle had been attacked on February 5. Sapkale had then lodged a complaint with police saying the attackers had also fired at him and threatened to kill him. Further, he said in the complaint that since he had been acting against land mafia, he feared that they could be behind the attack. Currently, anti-mafia campaign is being carried out throughout Madhya Pradesh.

The suspended SDM also took about Rs 15 lakh in cash from Gautam since his posting in Chhatarpur about a year ago, voice records suggest and Gautam has confessed, the additional SP said.

Javed Akhtar, a contractor, who is also state secretary of the BJP minority cell, too was involved in the case and had supplied the men used in the attack on SDM office, Kuber said. Gautam, Akhtar and three others have been arrested apart from Sapkale, he said.

Akhtar has also confessed to paying cash bribe to the SDM and renovating his (SDM’s) office at his own cost and doing other favours for the officer, to get the compensation amount of Rs 40 lakh for acquisition of his land for national highway project.

“There were clear evidences in form of call records and audio recordings about the involvement of the SDM in the incident. Sapkale, Gautam and Akhtar had spoken several times during the night before the incident, just before, during and after the incident,” Kuber said.

It was also found during investigation that Gautam has a business rivalry with Bhadoria of SBN Group and he did not want the latter to prosper at any cost. Therefore, under the garb of anti-mafia operations, the SDM had earlier lodged a complaint of land grabbing against Bhadoria. But Bhadoria got bail from the district court and the attack plan was hatched to frame Bhadoria again, Kuber said.

Divisional commissioner Anand Sharma said he would probe the entire tenure of Sapkale as SDM of Chhatarpur to find whether he had misused his official position earlier too. “Further action would depend on the probe,” Sharma told THE WEEK.