At least 2,826 people are under surveillance in the state 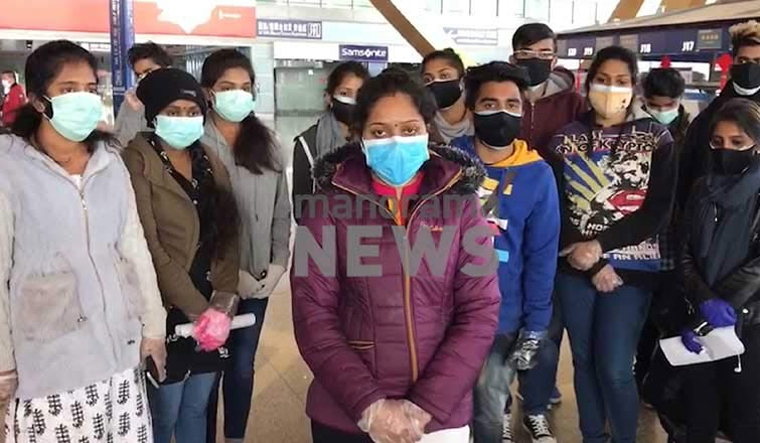 Chinese students at the airport

17 Indian medical students, who were trapped at Kunming Changshui international airport in China following the spread of novel coronavirus, will be flown to Kochi on Friday night. The medicos, who boarded the flight on Friday morning, will reach Kochi at 11pm. They were stuck in the airport from Thursday with no food as they were not allowed to board the Scoot Airlines' flight over concerns of coronavirus. The students' evacuation was arranged following the intervention of Union Minister of State for External Affairs and Parliamentary Affairs V. Muraleedharan, who took note of media reports and directed the Indian embassy in Beijing to help the stranded medicos.

The flight that the students booked was to travel through Singapore, but the authorities at the airport denied permission to travel citing that no persons, other than citizens of Singapore, would be allowed to land in Singapore. All the students are from Dalian Medical University. Most of the airlines are not allowing transit of passengers from China. No new cases reported in Kerala India's three positive Coronavirus cases were reported from Thrissur, Alappuzha and Kasaragod districts in Kerala.

At least 2,826 people are under surveillance in the state as of Thursday, a government press release said. Of this, 2,743 are under home quarantine and 83 are in isolation wards of various hospitals. The samples of at least 263 people, who have shown minor symptoms for the virus, have been sent to the National Institute of Virology at Pune and results of 229 samples came out negative. There is no cause for any concern with regard to those who are under observation in hospitals, including three foreign nationals, the release said.