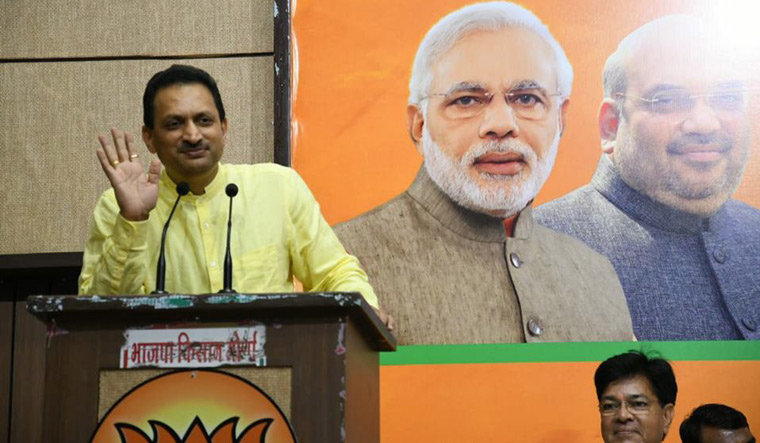 BJP MP from Karnataka Anantkumar Hegde has never shied away from controversial utterances, even on seemingly 'sacrosanct' topics like the Constitution and Mahatma Gandhi.

In May 2019, before the Lok Sabha election results were announced, Hegde had tweeted in support of Nathuram Godse, the man who assassinated Mahatma Gandhi in 1948. He quickly deleted the tweet following criticism.

On Saturday, while addressing a public event in Bengaluru, Hegde attacked Mahatma Gandhi, alleging the freedom struggle was a "drama", that was "staged with consent and support of the British".

Hegde was quoted by news agency ANI as saying, "None of these so-called leaders were beaten up by the cops even once. Their independence movement was one big drama. It was staged by these leaders with the approval of the British. It was not a genuine fight. It was an adjustment freedom struggle."

Hedgde declared, “People supporting Congress keep saying that India got independence because of the fast unto death and satyagraha. This is not true. The British did not leave the country because of satyagraha... Britishers gave independence out of frustration. My blood boils when I read history. Such people become Mahatma in our country.”

Interestingly, Hegde also said the RSS had nothing to do with the assassination of Mahatma Gandhi.

The ruling BJP in Karnataka appeared to go into damage control mode. Party state spokesperson G. Madhusudhan was quoted by News 18 as saying the RSS holds Mahatma Gandhi in high esteem and would not support such "cheap remarks".

Former Congress chief minister Siddaramaiah slammed Hegde. "What more can people who revere Godse and Savarkar speak about? How will they accept Mahatma Gandhi? Anantkumar Hegde is still young. He does not know what is independence. So he is blabbering whatever comes to his mind..." Siddaramaiah declared. KPCC media division chief V.S. Ugrappa called on the BJP to send Hegde to a mental hospital and challenged the state government to arrest the MP.

The remark triggered furore in Parliament.